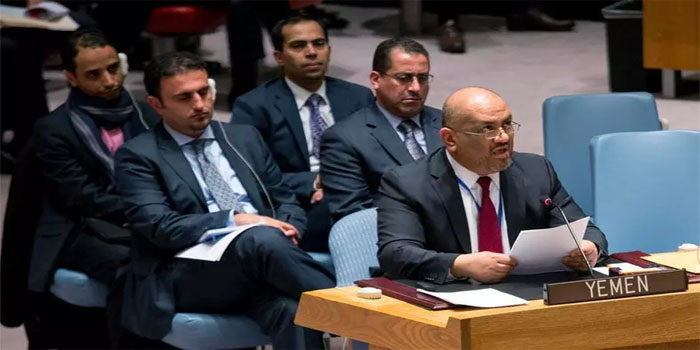 The Yemeni legitimate government announced on Saturday that it will “not cooperate” with the United Nations team of experts after the UN Human Rights Council voted Friday to extend the mandate of the investigative mission.

The Yemeni government said in a statement that it would “not cooperate with the group in terms of its right as a member state of the United Nations not to interfere in its internal affairs.”

The new joint statement stressed the failure of the Human Rights Council to adopt a unified draft resolution on the situation in Yemen despite the care and cooperation shown by the delegation of the Yemeni legitimacy and the concerned countries to reach a compromise formula that reflects the unity of the international community towards the situation in the country. Read more

The Arab allies also announced that it would invite the Office of the High Commissioner to continue to provide technical assistance and capacity building to the Yemeni government and the Yemeni National Committee for Investigation.

The allies added that the division among member states was evident during the Human Rights Council’s adoption of the resolution submitted by the Netherlands, Belgium, Canada, Luxembourg and Ireland.

The Arab allies stressed that the report of the international and regional experts was clearly flawed and that many contradictions were contrary to Security Council resolutions.