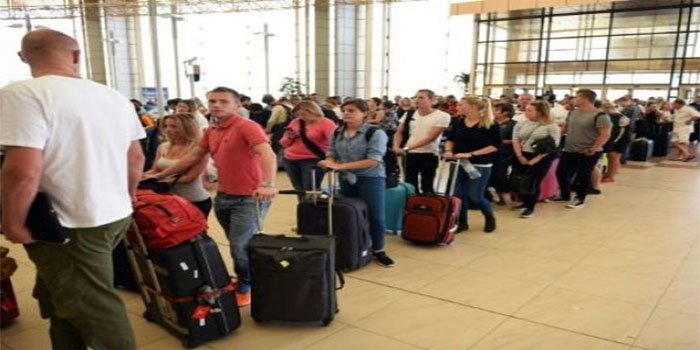 Saudi Arabia announced Tuesday the launch of an international tourism mega-project dubbed ‘the Red Sea Project,’ which will include resorts on about 50 islands off the kingdom’s Red Sea. Construction work on the project is set to start in the third quarter of 2019 and complete its first phase in the fourth quarter of 2022.

But will this project affect tourism flow to Egyptian destinations and resorts on the Red Sea such as Sharm al-Shaikh, Dahab and Taba? Egypt tourism experts say it won’t, as some European tourists who come to Egypt won’t be lured to these Saudi resorts because the conservatism of Saudi culture.

Sameh Saad, a tourist expert and adviser to the former minister of tourism, said that the Saudi islands would be particularly attractive in the winter, but will have no affect on the size of tourist flow to Egyptian destinations. He added that island tourism requires certain criteria for privacy.

According to Saad the hotel capacity of island resorts cannot usually exceed 50 to 100 rooms, which throughout the course of a year equates to about 4,000 tourist nights, which is low figure in terms of revenue or returns on investment for that type of project.

He pointed out that Saudi Arabia has a special advantage in tourism sector, religious tourism, which is not affected by any external factors, unlike beach tourism. He added that religious tourism provides a large source of income for KSA compared to beach destinations.

Tamer Nabil, the secretary general of the Red Sea Investors Association, said that KSA has the right to enter the beach tourism industry, stressing that this will not affect Egypt, as KSA’s culture and tradition do not allow visitors to wear revealing swimsuits or clothing. He clarified that Saudis and other Arabs would be the main visitors at the resort, defining the experience as family tourism.

Nabil said that establishing these resorts is an addition to Red Sea tourism as a whole, in terms of publicity.  The promotions will focus on the beauty of the Red Sea islands, which includes the Egyptian beaches of Hurghada and Sharm el-Sheikh and tourists can choose which Red Sea destination is right for them.