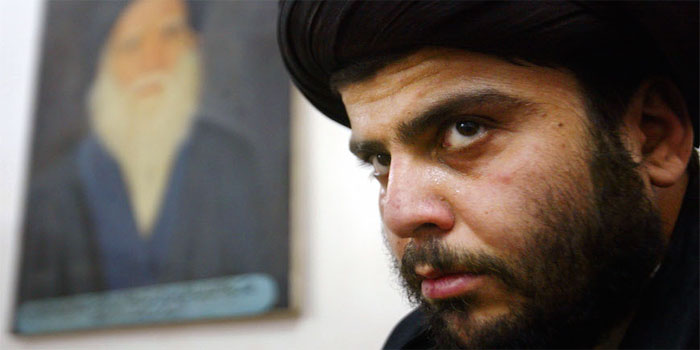 On Aug. 13, the United Arab Emirates (UAE) flew in Iraq’s influential Shiite cleric Muqtada al-Sadr to meet with Abu Dhabi Crown Prince Mohammed bin Zayed Al Nahyan at Al-Shati palace in the Emirati capital. The following day, the Sadr movement’s 43-year-old leader met with Sheikh Ahmed al-Kubaisi, a prominent Iraqi Sunni scholar who founded the Ulama Organization in Iraq and resides in the UAE from where he broadcasts weekly sermons to roughly 20 million listeners. The Shiite and Sunni clerics discussed Iraq’s future and that of the Middle East in which both religious leaders stressed the need for unity among Arabs and Muslims across sectarian divisions.

Sadr’s UAE visit came after he called Saudi Arabia a regional “father figure” that promotes peace on the heels of his historic trip last month to the kingdom, where he and Crown Prince Mohammed bin Salman met and discussed Baghdad-Riyadh relations among a host of other regional issues from Jerusalem to Yemen and Syria to Bahrain. During the cleric’s Saudi Arabia visit, Riyadh agreed to provide Iraq with $10 million in reconstruction aid and award figures within Sadr’s office special visas for the upcoming hajj.

Only last year Sadr responded to the execution of Saudi Shiite cleric Nimr al-Nimr by urging his followers to protest outside Riyadh’s embassy in Baghdad. So his travel to Jeddah and Abu Dhabi was significant. Making Sadr’s visit to Jeddah even more remarkable was its overlap with ongoing violence amid the Saudi security forces’ al-Awamiah campaign, as well as with 14 Saudis facing beheadings with the sign-off from King Salman bin Abdul-Aziz Al Saud as punishment for stoking riots in the kingdom.

By returning to Saudi Arabia for the first time in 11 years, Sadr has established himself as the Iraqi Shiite leader with whom officials in Riyadh and Abu Dhabi believe they can cultivate ties to counter Iranian influence in Iraq. Sadr represents a nationalist strain of working class urban Iraqi Arabs (not limited to Shiites) who have concerns about excessive Iranian leverage in their country and seek to capitalize on Iraq’s Arab identity, improve ties with Gulf Cooperation Council (GCC) members and counterbalance Tehran’s clout.

Sadr diverges from other Shiite leaders in Iraq by calling for a disbanding of the Iranian-backed Popular Mobilization Units and asserting Baghdad’s autonomy from the Islamic Republic more decisively. In April, the Iraqi Shiite cleric urged Syrian President Bashar al-Assad to relinquish power after the chemical attack in Idlib province.

The Iraqi cleric’s meetings in Saudi Arabia and the UAE have fueled optimism in the region about the prospects for Iraq and GCC states achieving a positive breakthrough in relations, which could help lower the Middle East’s sectarian temperatures. According to an Aug. 13 Alghadeer article, Iranian officials reacted positively to Prince Salman’s reported requests that Iraq’s Prime Minister Haider al-Abadi lead efforts to heal Riyadh and Tehran’s relationship, raising speculation that Sadr’s visit to Jeddah was aimed at investing in Iraq as a diplomatic bridge between the two countries.

Nonetheless, improving relations between Saudi Arabia and Iraq’s Shiite communities at large will prove no easy task for Sadr. Many Iraqi Shiites attribute the Islamic State’s ascendancy in their country to Saudi Arabia and Qatar, and there is a perception of the GCC states as never willing to tolerate a Shiite-led government in Iraq. Yet the GCC states have accepted that Shiites will retain a dominant role in Iraq’s political future. To successfully reach out to elements of Iraq’s Shiite communities that favor Baghdad realigning more closely with the GCC to limit Iranian influence in their country, the Saudi and Emirati leaderships must convince Iraqi Shiites that their good will is genuine. Ongoing sectarian crises in eastern Saudi Arabia and Bahrain will hinder Riyadh and Abu Dhabi’s means to overcome problems that have plagued relations between the Persian Gulf’s Arab sheikdoms and large portions of Iraq’s citizenry.

Saudi Arabia and the UAE’s interest in cultivating close relations with Sadr factors into their quest to demonstrate that Riyadh and Abu Dhabi’s foreign policies are against Iran’s interference in Arab states’ domestic affairs, not Shiite Muslims. Achieving this objective will be vital for the GCC states seeking to lure Iraq closer to their geopolitical orbit at Iran’s expense. With the Syrian regime’s forces and its allies securing more gains on the ground as the anti-Assad rebellion faces a dilemma posed by its Arab Gulf patrons’ divisions amid the Qatar crisis and suffered from the Trump administration’s phasing out of CIA support, the Saudis are shifting more focus toward countering Iran in Iraq than in Syria.

Regardless of how the Saudis and Emiratis reach out to Sadr, the GCC states will not succeed in convincing Iraqi Shiites to fully cut ties with Tehran. What is more realistic is for Riyadh and Abu Dhabi to expect Iraq to balance Baghdad’s ties with Iran and Saudi Arabia more evenly. To capitalize meaningfully on the prominent Iraqi cleric’s visits to the GCC, the Saudi and Emirati leaders must approach Iraq patiently and cautiously. Making moves too quickly to cultivate a close relationship with Sadr risks creating further divisions among Iraqi Shiites given the extent to which there is opposition to Saudi influence in the country.

To be sure, the thaw in Baghdad-Riyadh relations is occurring, underscored by the Aug. 15 meeting of Saudi and Iraqi officials in the Saudi Northern Borders province to prepare for the opening of the al-Jadidah Arar crossing 27 years after its closure. However, it would be naive for the Saudi/UAE-led bloc to hope for Iraq to drastically improve Baghdad’s ties with the kingdom after many years of tense relations following Saddam Hussein’s invasion and occupation of Kuwait and the ascendancy of pro-Iranian Shiite parties after 2003. Nonetheless, if Sadr can shrewdly navigate Iraq’s domestic political landscape while serving as a bridge between the GCC and Baghdad and if the Arabian monarchies can carefully take decisive steps to build confidence between the GCC’s Sunni monarchies and Iraq’s Shiites, the cleric’s trips to Riyadh and Abu Dhabi can gradually pave the path for a new chapter in Iraq-GCC relations.