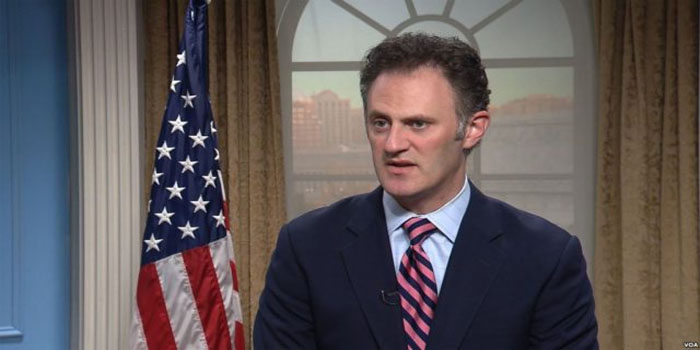 Sales will “engage in bilateral discussions with his counterparts on countering violent extremism, foreign terrorist fighters, and information sharing,” the State Department said in a media note on Monday, August 27.

Sales’s official visit to the three countries began August 26 and continues until August 30, the US State Department said.

Sales has led the State Department’s Counterterrorism Bureau since August 2017 and serves as the principal adviser to the US secretary of state on international counterterrorism matters.

In January 2018, the US Department of Defense gave Morocco arms equipment worth $18 million to reinforce the country’s special forces units combating terrorism, in light of the threat ISIS poses to North African countries. The US allocated $60 million as part of the Pentagon’s security assistance to allies in the MENA region.

‘Morocco is a stable, security-exporting partner’

The State Department lauded Morocco’s efforts to counter terrorism and its strategy to prevent violent extremism.

In December 2017, the State Department published an analysis in its official blog “DipNote” which stated, “The United States and the Kingdom of Morocco are leading a global effort to address homegrown terrorism.”

According to a 2016 report by the State Department on terrorism in the MENA region, “Morocco is a stable security-exporting partner in North Africa and is the only African nation to contribute military assets to the Defeat-ISIS Coalition campaign in Syria and Iraq.”

Morocco’s counterterrorism efforts “effectively mitigated the risk of terrorism” in 2016, according to the same report.

The State Department also praised the efficiency of Moroccan law enforcement units and the kingdom’s interventions which “aggressively targeted and effectively dismantled terrorist cells within the country by leveraging intelligence collection, police work, and collaboration with regional and international partners.”