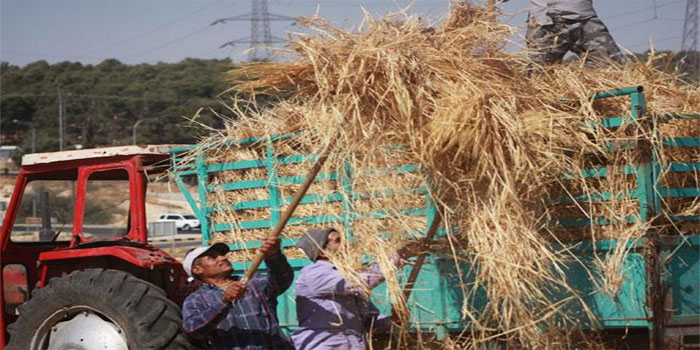 Prime Minister Omar Razzaz’s recent remarks on the necessity of increasing Jordanians’ employment in the agricultural sector have triggered anger among agricultural engineers who complained on social media about the high unemployment rate and the shortage of opportunities in their field.

The Agricultural Engineers Association (AEA) suggested some reasons behind the issue and outlined suggestions to translate Razzaz’s vision into reality.

“Every year, more than 1,000 agricultural engineers graduate from universities, while the public sector hires around 50 engineers only,” AEA’s President Abdelhadi Falahat told The Jordan Times on Saturday, noting that the private sector also lacks opportunities.

He said that decisions by previous governments have “weakened” the sector although Jordan is considered a major exporter and producer of agricultural goods.

“Instead of offering support, the previous governments have adopted a levying approach with the sector, including imposing taxes, increasing the costs of issuing agricultural licenses and all of a sudden suspending foreign labour recruitment,” Falahat explained.

He also referred to security and regional challenges facing Jordan which resulted in the closure of some markets, but described these challenges as “objective”, contrary to the “un-objective” former reasons, which he said the government can deal with and solve.

“The higher education outcomes should be in line with the labour market needs in order to combat the increasing unemployment rates in all sectors,” he stressed.

Sami Khaled, an agricultural engineer working in Saudi Arabia, said that the opportunities in Jordan are not only limited, but the wages of engineers are also “very low”.

“I worked in Amman for nine years and the major problem with the Jordanian market is the lack of organisation,” he told The Jordan Times, adding “the government should intervene to regulate the market and prices of agricultural products to ensure a fair pricing to the farmers, vendors and consumers.”

He underscored the importance of removing the limitations on farmers and encouraging them to export their crops to neighbouring countries, including the Gulf countries, noting that this would help revive the sector.

Omar Abbadi, a Facebook user who commented on the Prime Ministry’s post, called on stimulating agriculture in Jordan’s Valley and attracting Jordanian cadres to utilise the district’s “unique agricultural climate”.

He suggested reviving the area with more residential accommodations, markets, and restaurants to encourage national cadres to live and work there.

Chairing the 9th Higher Agricultural Council on Wednesday, Razzaz called on the agricultural sector representatives to suggest solutions before the beginning of September to be studied and implemented, stressing the importance of opening the door for discussion with all parties, the Jordan News Agency, Petra, reported.

He stressed the government’s openness to reconsider the imposed taxes if the sector starts employing more Jordanians.

During the meeting, Minister of Agriculture Khaled Hneifat said that, in spite of the “difficult” regional circumstances, the agricultural sector is still the most growing among others, with a 7.9 per cent growth rate, noting that the agricultural production constitutes 18 per cent of the Kingdom’s total exports.

He cited several measures taken by the government to support the sector, stating that they succeeded in achieving a self-sufficiency by 98 per cent in most of the agricultural crops.