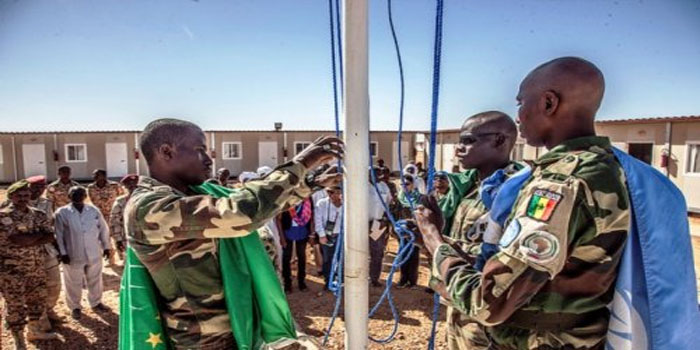 The government of North Darfur State said the hybrid peacekeeping mission in Darfur (UNAMID) would withdraw from a number of sites in the state according to the exit strategy agreed among the Sudanese government, African Union and the United Nations.

He pointed out that the Mission has already begun to cut its police and civilian staff, saying the final withdrawal of the UNAMID would be completed in 2020.

Jar al-Nabi added the Mission has so far withdrawn from 6 sites in Tina, Um Kadada, Kutum and Tawila localities, saying arrangements are underway to leave the remaining sites.

A tripartite working group including the Sudanese government, AU and the UN has been set up in February 2015 to develop an exit strategy for the UNAMID from Darfur.

The UN Security Council (UNSC) admitted that the security situation in Darfur has improved but it decided to reinforce its presence in the mountainous area of Jebel Marra because there is no cessation of hostilities as a Sudan Liberation Movement faction led by Abdel Wahid al-Nur (SLM-AW) refuses to declare a unilateral truce or to engage in peace negotiations.

Last July, the UNSC unanimously decided to extend for one year the mandate of the UNAMID and also to reduce the number of its troops in line with an exit strategy aiming to close the hybrid operation in two years.

The hybrid mission has been deployed in Darfur since December 2007 with a mandate to stem violence against civilians in western Sudan’s region.

It is the world’s second-largest international peacekeeping force with an annual budget of $1.35 billion and almost 20,000 troops.