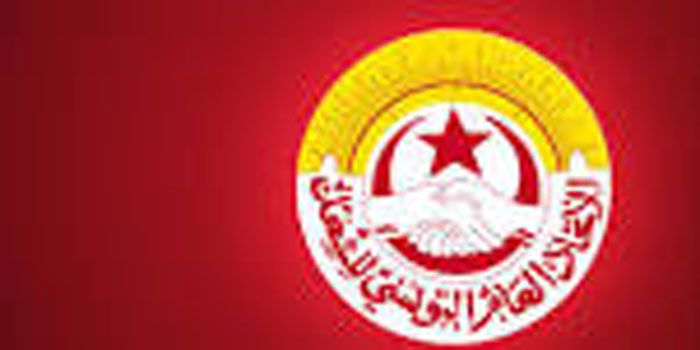 The Tunisian General Labour Union (UGTT) announced on Wednesday, in a statement, the establishment of contact points for foreign workers in Tunisia, meant to provide them with legal assistance and guidance.

The same source announced the creation of immigration areas in the regional sections of the UGTT in Tunis, Sfax, Sousse and Medenine, to detect violations and intervene in time to provide assistance to foreign workers in Tunisia, underlining the commitment of the Trade Union Centre to defend their rights as well as its concern to preserve the interests of Tunisians abroad.

In this regard, the UGTT called for the development of the legal arsenal in Tunisia in order to safeguard the rights of immigrants in Tunisia and guarantee their integration into the economic circuit, in particular in sectors suffering from a labour shortage.

The UGTT also called on the General Management of Labour Inspection and Conciliation to regularise the situation of irregular migrants by intensifying control operations to put an end to violations of the labour code and the rights of these workers.

In the same context, the trade union centre called for respect for national and international labour legislation in order to enshrine the principles of decent work by guaranteeing equal pay and working time and respecting the dignity of workers, without distinction as to colour, gender or religion, stressing the need to speed up the ratification of international conventions governing the employment of foreigners.

The UGTT statement follows the death on a farm in Sidi Bouzid of a young Ivorian man in circumstances described as ‘mysterious’. This is a similar incident to that of a young African who died in a factory in Sfax that employs workers from sub-Saharan Africa illegally residing in Tunisia under unfit conditions.

‘The two tragic incidents reveal the deplorable conditions in which workers from sub-Saharan African countries work in Tunisia, particularly in the construction, agriculture, tourism, restaurants, petrol stations and other activities, including household keepers, which are the weakest, most vulnerable and most targeted link,’ says the same source.

The UGTT warned against the persistence of these violations, which could damage Tunisia’s reputation after the revolution. The trade union centre denounces ‘the State’s inability to put an end to these inhuman practices, in the absence of the political will to combat these violations, which could be considered as trafficking in human beings’, considering, however, that the fight against this phenomenon remains a collective responsibility.