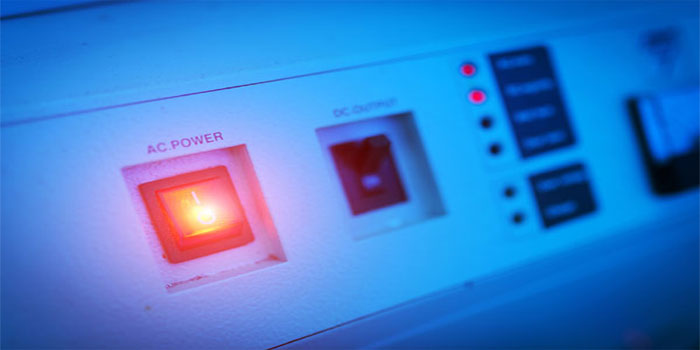 The UAE uninterruptible power supply (UPS) market has been witnessing considerable year on year growth over the past decade as the number of small and medium businesses (SMB) and other commercial establishments have continuously risen during the period, said a report.

The number of SMBs in the UAE reached 400,000 in 2015, resulting in high demand for UPS especially for UPS Systems with KVA rating less than 10, according to the report titled “UAE UPS Market Outlook to 2021 – Rising Number of SMBs and Enhancing Commercial Sector to Foster Growth”, by Ken Research, a leading market research and data analytics company.

Moreover, the IT and data centre market of the country has also enhanced providing a significant boost to the industry over the period 2010 to 2015, it said.

The report focuses on overall market size for sale of UPS systems. These include revenue from domestic sale of line interactive, online and stand-by types of UPS systems.

The report concludes with market projections for future and analyst recommendations highlighting the major opportunities and trends.

The UAE UPS market thrives majorly from the import of tools from countries such as China, the Philippines, Germany, Italy, US, India, France, Slovakia and others, said the report.

Almost all the manufacturers present in the industry are importing all of their goods from these countries. No major players operating in the market is manufacturing their UPS systems domestically in the UAE.

There is no custom duty on UPS imports due to which all the major players are importing their products and saving on various investment costs. This trend is likely to continue as UAE is not considered as a manufacturing hub. Any new players entering the market are also likely to import only rather than producing the goods domestically.

Indirect channel will remain the most prevalent way of selling UPS systems in the UAE. Majority of the manufacturers in the market have channel partners spread in different parts of the country.

Major companies such as APC, Eaton, Emerson Network Power/Vertiv and Tripp Lite have a distribution network consisting of two entities, resellers and system integrators. All these players will be enhancing their stronghold in the market by expanding their distribution network and increasing their number of channel partners.

According to research analyst, the companies should set up a large distribution network in the UAE.

All the major players in the market have an extensive network of dealers and system integrators. Without an extensive dealer presence, it is very difficult for a new entrant to establish a base in the market. A widespread dealer network must be set up to compete with players such as APC, Vertiv, Eaton and Tripp Lite in the UAE.