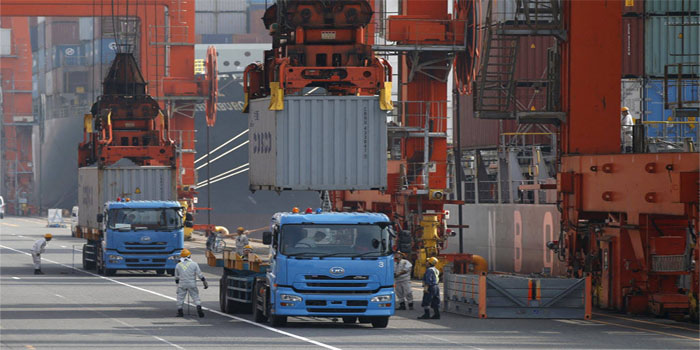 The World Bank has issued its logistics performance index for the year 2018, showing that Kuwait declined to the 63rd place globally, as reported by Al Anba Newspaper.

Kuwait dropped ten places when compared to the bank’s latest report in which Kuwait ranked the 53rd in terms of the logistics performance, Al Anba added.

The reports showed that Kuwait’s evaluation was at 2.86 out of 5 points, the maximum level of the logistics index, compared to 3.15 points in the previous assessment.

At the GCC level, Kuwait came in the last place, while the UAE topped the list with 3.96 points.

The UAE ranked the 11th in the logistics performance index worldwide for the year 2018, Al Anba added.

Qatar ranked the second among the Gulf countries while it came in the 30th place globally with 3.47 points.

Oman came in the third place in terms of the GCC states’ logistics performance while it ranked the 43rd worldwide with 3.2 points.

In the fourth place at the GCC level, Saudi Arabia had 3.01 points with a rank of 55 globally.

Bahrain came in the fifth place in the GCC region, while its ranked the 59th worldwide at 2.93 points.