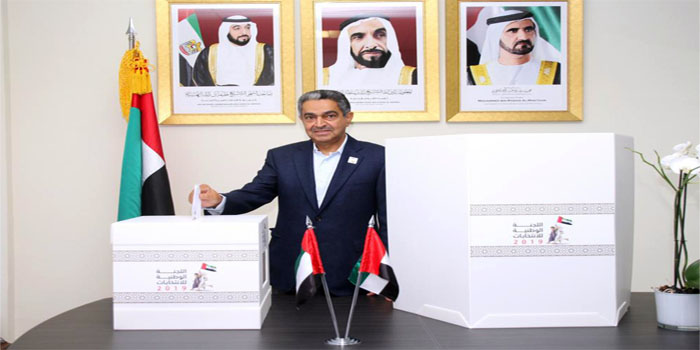 UAE citizens in Geneva, Berlin, and London on Sunday started voting for the elections of the fourth session of the Federal National Council, FNC.

Ambassador Obaid Salem Al Zaabi, UAE Permanent Representative to the United Nations and Other International Organisations in Geneva, said that all arrangements were made for the UAE citizens abroad to participate in the elections.

In Germany, the UAE Embassy opened three polling stations, one at the embassy’s building in Berlin, the second at the Consulate-General in Munich, and a third in the Consulate in Bonn.

According to the election timetable, voting outside the country is taking place on 22nd and 23rd September, from 10 am to 6 pm local time, in the cities where polling stations are located.