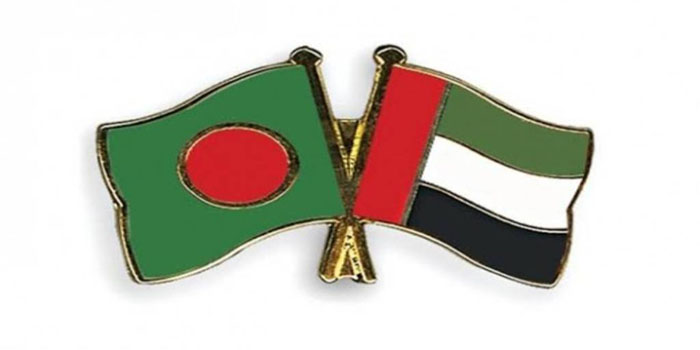 UAE-based investors on Sunday have discussed plans to set up new projects in Bangladesh including the establishment of five free economic zones.

This came on the sidelines of the 2nd Bangladesh Economic Forum in Dubai where Advisor to Bangladesh Prime Minister for Private Industry and Investment Salman Fazlur Rahman met with a number of large UAE-based business groups, according to a press release.
These groups have shown interest in developing economic zones and Hi-Tech parks in Bangladesh.

The South Asian country is establishing 100 economic zones and 28 Hi-Tech parks to further attract Foreign Direct Investment (FDI) that grew 68% to $3.61 billion in 2018.

Up to 25 fresh investment projects were discussed at the Bangladesh Economic Forum, in addition to the $10 billion (AED 36.7 billion) worth of investment planned by UAE-based investors into Bangladesh.

“We have seen large investments coming from China, Japan, and the United States. We believe, investors from the GCC countries, especially Saudi Arabia and the UAE, should take advantage of the lower cost of investment, operations and higher return on investment in Bangladesh. Investment from the GCC and the Arab World will help Bangladesh economy achieve a higher growth rate and we are more than ready to welcome them,” Salman F. Rahman said.

Bilateral ties between the UAE and Bangladesh are likely to reach to a whole new level in 2019 with the $10 billion worth of investment injected by UAE investors into Bangladesh’s energy, ports, power, and infrastructure sectors.

In February, the two countries had signed four memoranda of understanding (MoUs) to establish a port, industrial park, supply and set up a liquefied natural gas (LNG) terminal, power plants, and a special economic zone in Bangladesh.

According to Asian Infrastructure Investment Bank (AIIB), Bangladesh requires annual investment in infrastructure of $24 billion to achieve its Vision 2021.

In order to become the 30th largest economy in the world by 2030, Bangladesh requires a total of $320 billion investment only in infrastructure.