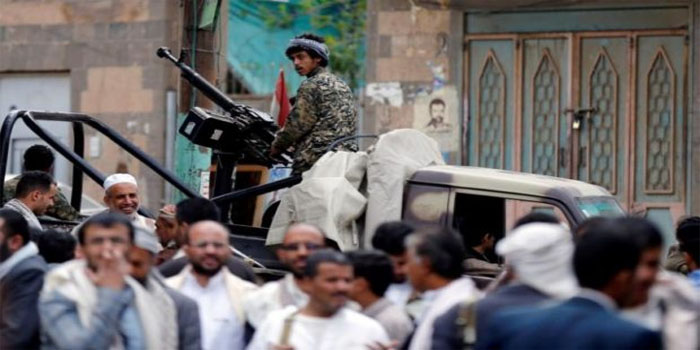 The U.S. has expressed concern over the announcement of Houthis and the General People’s Congress, established by Ousted Yemeni President Ali Abdullah Saleh, of forming a new government unilaterally, adding that this step lacks legitimacy and violates commitment to support and facilitate the peace process in Yemen.

An official at the State Department told Asharq Al-Awsat that this one-side step will not help in reaching a comprehensive and final solution to the Yemeni crisis that demands political negotiations and a unanimity from various parties.

The official added: “We are worried regarding what is being reported that the Houthis and General People’s Congress have announced forming a new government unilaterally without any legitimacy or support from the legal Yemeni government, not even under the framework of the peace process in Yemen. This step violates commitments taken by Houthis and General People’s Congress to support and facilitate the U.N. peace process in Yemen.”

Following this, according to Dagher, a comprehensive national reconciliation should be made.

The Prime Minister reported to Yemen News Agency (SABA) that Houthis and Saleh are “unfortunately, unaware of the damage they are causing as they continue to build and establish institutions that abide by their orders in some Yemeni areas. Yet, they are certainly aware that they are undermining U.N. peace efforts when announcing a new government.”

Dagher added that this step is deepening the country’s crisis and harming its national and social unity. He also called for halting any practices that cause more division or hostility.