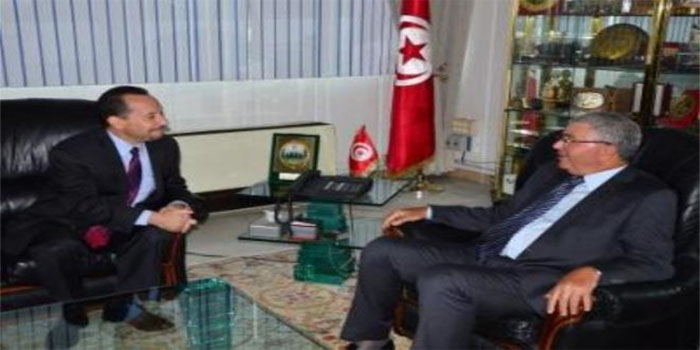 Ways to strengthen the Tunisian-US military co-operation was discussed at a meeting between National Defence Minister Abdelkrim Zbidi and US ambassador in Tunis Daniel Rubinstein on Tuesday in Tunis.

Abdelkrim Zbidi praised the importance of the US support for Tunisia in terms of border security and through the contribution to the establishment of an electronic surveillance system in the South-Eastern and Western borders of Tunisian, said a statement from the Defence Department.

He also emphasised “the development of the Tunisian-US co-operation in recent years, thanks to the strategic relations established between the two friendly countries” and welcomed the high-level of the 32nd session and meetings of the Tunisian-US joint American Military Commission that took place last May in Tunis.

For his part, the US ambassador expressed the readiness of his country to continue to stand with Tunisia in its fight against terrorism and to support the military institution in the field of border security and in training, military exercises, technical assistance and providing equipment adapted to unconventional threats.