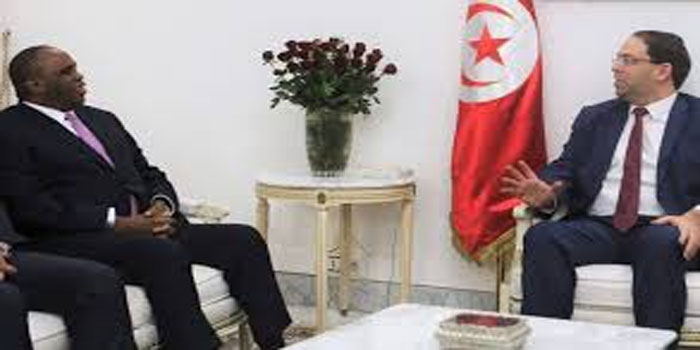 Discussions are still ongoing with the Tunisian authorities on the allocation of $ 500 million to boost trade and investment opportunities between Tunisia and African countries, Benedict Okey Oramah, CEO of the African export-import bank (Afreximbank).

Speaking after a meeting with President Beji Caid Essebsi on Monday at Carthage Palace, the official added that Tunisian business leaders will also be assisted to expand their activities in the different countries of the continent.

Okey Oramah is making his first visit to Tunisia since taking office in September 2015 to attend the second edition of the International Conference on Financing Investment and Trade in Africa, to be held on 5-6 February 2019 in Tunis, on the initiative of the Tunisia Africa Business Council (TABC), said a statement from the Presidency of the Republic.

The official also said that the pan-African financial institution is in talks with Tunisia to open a regional office in Tunis that will cover the entire North Africa region, noting that the bank is ready to build strategic relations with Tunisia.

The President of the Republic, for his part, reaffirmed Tunisia’s willingness to “lay the foundations for a fruitful and exceptional co-operation with Afreximbank’.

He also emphasised the importance of the role of Afreximbank and the African Development Bank (AfDB) in boosting trade between countries of the continent, encouraging investment and supporting the economies of African countries.

Caid Essebsi recalled the interest taken by Tunisia in strengthening its economic integration with all African countries or with the various economic groups of the continent; like the Economic Community of West African States (ECOWAS) and the Common Market for Eastern and Southern Africa (COMESA).