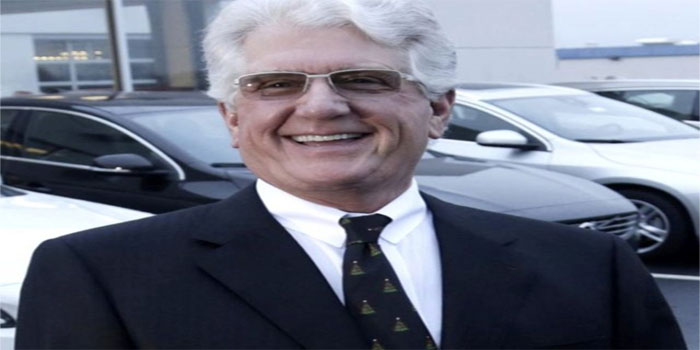 President Trump has reappointed David T. Fischer as US ambassador to Morocco after Senate failed to confirm first nomination due to senatorial adjournment.

The president’s move suggests he decidedly wants a major Republican figure in the strategic position in Rabat.

Earlier this month, federal documents indicated that the Senate failed to confirm Fischer as US ambassador to Rabat. Congressional records for January 4 indicate Fischer was among the nominees for high-ranking federal positions whose nominations had been returned back to presidential consideration.The return of Fischer’s appointment to Trump’s reconsideration meant the president could either resubmit his initial nomination or move on with a new nomine.

“Nominations that are pending when the Senate adjourns sine die or recesses for more than 30 days are returned to the President unless the Senate, by unanimous consent, waives the rule requiring their return…. If a nomination is returned, and the President still desires Senate consideration, he must submit a new nomination to the Senate,” according to a Congressional Research Service-sponsored paper.

President Trump has clearly chosen to go along with his initial opinion, re-appointing Fischer to the US ambassadorship post in Morocco.

Fischer, a car dealer from Michigan, is known for being a major Republican donor.

He considerably contributed ($250,000) to President Trump’s inauguration funds, and his nomination to US ambassador has been largely perceived in US policy circles as an expression of gratitude for Fischer’s contribution to President Trump’s inauguration.What now?
Trump nominated Fischer to US ambassadorship in Morocco nearly ten months after Dwight L. Bush, the latest US ambassador to Rabat, left his position. But Fischer’s Congress hearings suffered an even longer delay, taking place in August 2018, ten months after his nomination.

For a US administration that has repeatedly vowed unflinching commitment to America’s strongest and oldest allies, the long delay in appointing an ambassador to Rabat was bound to send mixed messages to Moroccan diplomatic circles.

So what will happen now that President Trump has chosen to reappoint Fischer, returning the burden of reconsideration to the Senate?

“The Constitution, in Article II, Section 2, grants the President the authority to fill temporarily vacancies that “may happen during the Recess of the Senate.” These appointments do not require the advice and consent of the Senate; the appointees temporarily fill the vacancies without Senate confirmation. In most cases, recess appointees have also been nominated to the positions to which they were appointed,” according to the Congressional Research Service study.

Meanwhile, for all the mixed feelings that the Trump administration’s delay to appoint its Morocco representative has elicited in Rabat, there appear no perceptible setbacks in the US-Morocco relations.

Just yesterday, President Trump approved a spending bill that included a pro-Morocco language with regards to US aid funds and humanitarian assistance to Western Sahara.