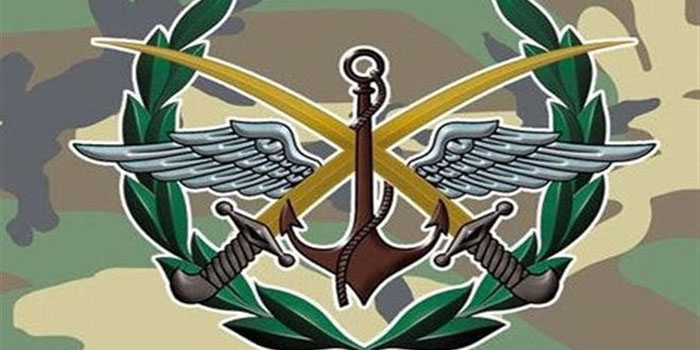 A military source stated that the terrorist groups situated in Kafr Zaita and al-Lattamina towns in the northern countryside of Hama fired two Grad rockets at Hama military airport causing material damage to the site.

Meanwhile, SANA correspondent said that other two rocket shells were launched by terrorist groups in the surrounding area of Arzeh village in the northern countryside, while another rocket shell fell in al- Moallemin Park in Hama city causing material damage to public and private properties, adding that no casualties were reported.

An army unit fired towards the source of fire and inflicted heavy losses upon terrorists in personnel and equipment.