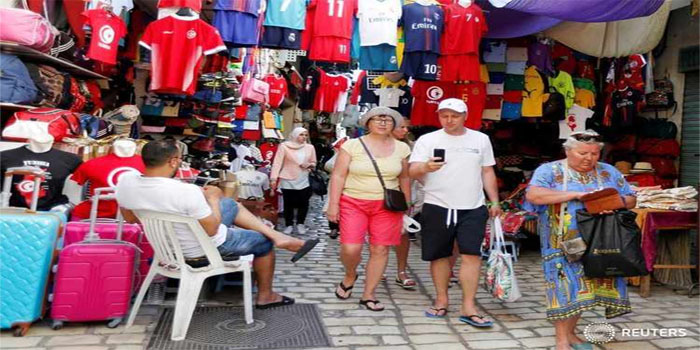 The Tunisian dinar is expected to continue its recent decline in value as pressure continues on several emerging market currencies, but it is unlikely to collapse, according to a research note by United Kingdom-based Capital Economics.

The currency has experienced a decline in value against both the dollar and euro, which began earlier this year following the outbreak of small street protests – by the end of last week, the dinar was 10.9 percent lower at 2.7555 per US dollar and 8.5 percent lower at 3.2248 against the Euro in the year-to-date.

“Overall, we expect that the dinar will continue to fall steadily over the coming months and find a floor at 3.40/€ by the end of 2019. This will keep inflation elevated and weigh on consumer spending,” Capital Economics said in a research note sent to the media on Thursday.
“The dinar is down by 8 percent against the euro since the central bank loosened its grip on the currency in May and is now at our year-end forecast of 3.20/€,” the note added. Since May, the Tunisian Central Bank has permitted a slide of the dinar against both the euro and the dollar, to end the bank’s interventions to support the currency. In the same month, it raised the key interest rate by 100 basis points, the second increase in three months, to help ease soaring inflation.

The North African country was the birthplace of the Arab spring protests in December 2010. Tunisia’s uprising was called the Jasmine Revolution and it led to the ousting of the state’s former president Zine El Abidine Ben Ali, prompting a wave of further protests across the region in Egypt, Libya, Syria, Bahrain and Yemen.

The ensuing political turmoil had a negative impact on the economy and a $2.8 billion loan-aid package was subsequently agreed with the International Monetary Fund.

The IMF concluded a visit to Tunisia on Friday to discuss the extension of a $250 million loan from the IMF to Tunisia as part of the package, as well as discussing ways of cutting its energy bills.

In a press release issued following its visit, the IMF said: “There are some encouraging signs that economic activity is picking up. The Tunisian economy grew 2.6 percent (year-on-year) in the first half of this year, with robust performance in agriculture, tourism, and services. The number of tourists visiting Tunisia since the start of the year is the highest since 2010.

The statement continued: “The authorities’ commitment to reducing fiscal imbalances is also bearing fruit. The execution of the budget in the first six months of 2018 is consistent with achieving a significant deficit reduction this year. Containing deficits will help reduce Tunisia’s high public debt that burdens the economy and future generations.”

On August 31, Tunisia’s foreign reserves stood at 10.930 billion Tunisian dinars ($3.95 billion), an amount enough to cover only 71 days of imports, according to the Central Bank’s official website. Tunisia’s annual inflation rate rose to a record level of 7.7 percent in April and May and continued rising to 7.8 percent in July before easing to 7.5 percent in July, according to official data.