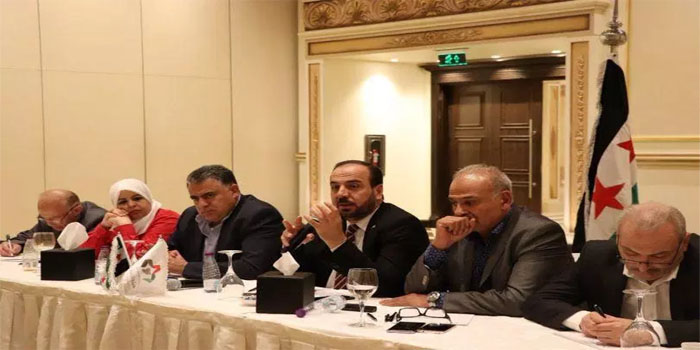 The Syrian opposition’s negotiating body denounced the attack of the Syrian regime and its collaborating armed groups on Daraa, demanding that United Nations Security Council (UNSC) and the international community to shoulder their responsibilities vis-à-vis the plans of Bashar al-Assad’s regime.

The Syrian negotiating body called, in a statement issued on Tuesday, on the guarantors of the “easing of escalation” agreement in the south of the country, the United Nations, the UNSC Security Council and the Arab League to hold a firm stance and move forward to block the military campaign launched by al-Assad regime immediately.

On the other hand, the European Union (EU) condemned, last Friday, the attack of the Syrian regime on Daraa. The EU called on the allies of Damascus to stop the committed hostilities and avoid a human tragedy caused by the displacement of tens of thousands of residents during the past three days from Daraa province after the bombing, stressing that such an attack is threatening more than 750 thousand people living in the region.

The military escalation in Daraa and the cities of the south of Syria came in parallel with the scheduled meeting on Tuesday, in Riyadh, between the opposition Syrian negotiating body and the ambassadors of the Group of Friends of the Syrian People to discuss the procedures list by the constitution committee as well as the political track in Syria.