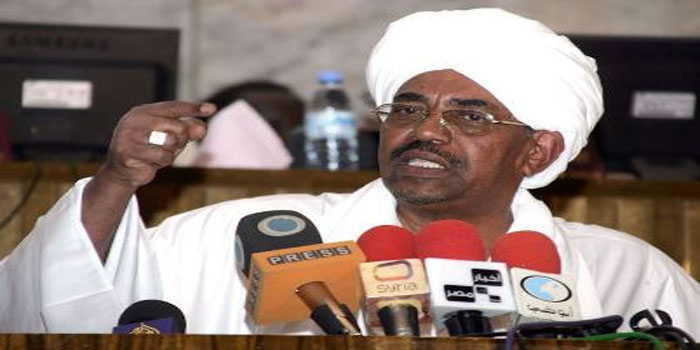 The Sudanese President Omer al-Bashir on Monday said the new cabinet would be announced within 48 hours after consulting with the national dialogue parties.

Minister of Electricity and Water Resources Moatez Mousa has been promoted to the position of Prime Minister. Also, it was decided that the roles of First-Vice President and Prime Minister will be separated. Osman Mohamed Youssef Kibir was appointed as Vice-President replacing Hassabo Mohamed Abdel-Rahman.

In his address to the nation on Monday, al-Bashir said the new prime minister will announce the new cabinet within two days after completing his consultations with the national dialogue forces.

He added the upcoming government “would deal the livelihoods of the people as a top priority”, saying the economic situation was the driving force for the decision to reorganize the government.

Al-Bashir pointed out that cabinet reshuffle aims at reducing and controlling public expenditure which is a crucial step towards achieving economic balance.

He underlined that government structures would be reviewed in order to improve public performance, saying the same measures would be taken at the states level during the next period.

Economic conditions in Sudan have been challenging since the secession of South Sudan in 2011 and the loss of the bulk of oil production and exports.

The withdrawal of South Sudan oil has compounded the difficult external environment, including debt arrears, limited access to external financing, U.S. sanctions, and the withdrawal of correspondent bank relations.

According to government figures, Sudan’s inflation rate has risen to 63,94% in July. But some economist put the rate at 111%.

The high inflation rate and a general increase in price levels coincide with a significant rise in the U.S. dollar price against the Sudanese pound.

Price of the U.S. dollar reached 41,50 Sudanese pounds on the black market.