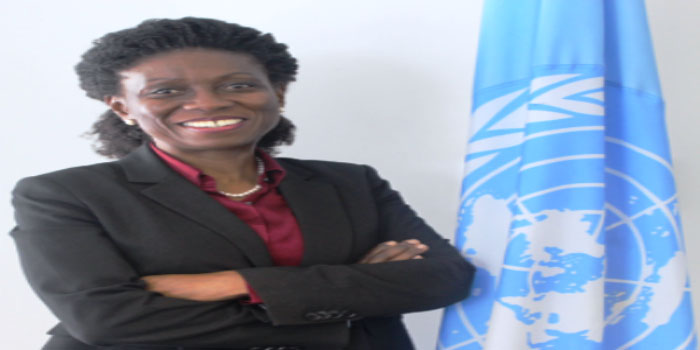 The Justice and Equality Movements (JEM) led by Gibril Ibrahim has welcomed the newly appointed deputy head of Darfur hybrid peacekeeping mission and expressed readiness to cooperate with her.
Last week the United Nations Secretary-General announced the appointment of Anita Kokui Gbeho of Ghana as Deputy Special Representative of the United Nations-African Union Hybrid Operation in Darfur ( UNAMD).

Gbeho worked in the past in Sudan as Director for Monitoring and Evaluation Unit in the Resident and Humanitarian Coordinators Office in Sudan (2006-2008) and Head of OCHA Liaison Office in Southern Sudan (2004-2006).

“JEM hopes that the appointment of Anita will contribute positively to enable the UNIMAD to carry out its mandate by bringing her wealthy experience and knowledge of Sudan to continue support and protect the people in the troubled region of Darfur,” said JEM chief negotiator Ahmed Tugod Lissan in a statement extended to Sudan Tribune.

Lissan further said JEM is ready to cooperate closely with the UNAMID to facilitate the implementation of the mission’s mandate and asserted his group readiness to resume talks for a sustainable peace in Darfur.

“JEM acknowledges that there is an urgent need to revitalize the peace process as the settlement of the conflict through political means is the only viable solution for a just and durable peace in Darfur,” he said.

The Movement’s leader Girbil Ibrahim recently disclosed that a delegation had been in Adds Ababa for discussions with the African Union mediators about a roadmap agreement signed with the government in 2016.

The Sudan Call opposition alliance will meet next week to discuss a joint position on the peace process, as the chief mediator Thabo Mbeki has been directed by the AU Peace and Security to resume the talks which have been stopped since August 2016.