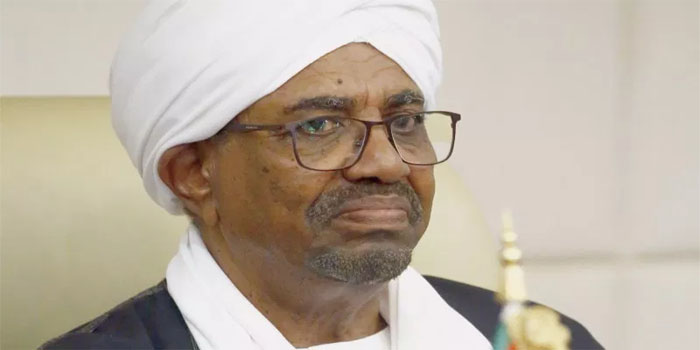 Sudan’s new 21-member cabinet was sworn in on Saturday, with Prime Minister Moutaz Mousa Abdallah also assuming the finance portfolio in a bid to revive the country’s ailing economy.
Sudan has been grappling with an acute foreign exchange shortage and inflation above 65 per cent for several months, prompting President Omar al Bashir on Sunday to sack the previous 31-member cabinet to “fix the situation”.
Bashir had initially nominated Abdallah Hamdok as the new finance minister, but Sudan’s official news agency Suna reported earlier on Saturday that Hamdok had “apologised” and declined.
“After consultations with Prime Minister Moutaz Mousa Abdallah, President Bashir decided that the prime minister will hold the finance portfolio,” the presidency said in a statement on Saturday.
Later the new, smaller cabinet took the oath of office at the presidential palace.
Bashir said the people of Sudan had “high hopes” from the new government.
“One of the biggest challenges for the new government is to resolve the economic issues,” Bashir said in a separate statement after the swearing-in ceremony.
“I’m fully confident that the ministers will use Sudan’s resources efficiently to solve the economic problems.” Several ministers from the previous government have been retained in the new cabinet, including the foreign and oil ministers who were appointed only months ago after an earlier cabinet reshuffle. Mousa Abdallah himself was irrigation minister in the previous cabinet.
Sudan’s economic crisis has only worsened this year
despite Washington lifting its decades old embargo on the African country last year