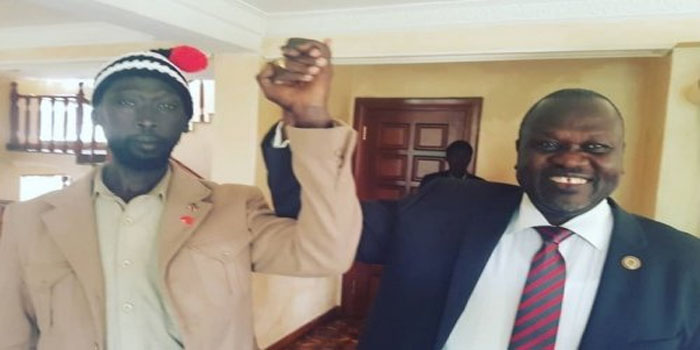 South Sudan’s main opposition group has called on its members and supporters to have faith in the signed peace agreement and to keep in mind that it remains a tool to achieve the desired change which is the Movement’s ultimate goal.

The SPLM-IO National Chairman for Information and Public Relations Office, Mabior Garang de Mabior issued a statement directed to the Movement’s members and supporters to explain why its leadership signed the peace pact despite several reservations it had voiced recently.

Mabior said they should not be dismayed that “we did not get everything we want” from the agreement or angered by the attack of the government forces on the SPLM-IO positions in clear violation of the ceasefire deal.

“The leadership of the movement would like to reassure our members and the public at large, that we have not abandoned the struggle to bring about the fundamental change in our country;” he said.

“On the contrary, the Movement intends to use the negotiated settlement as a tool and mechanism to bring about the change we all aspire to and if the provisions of the agreement are violated, then the struggle shall continue by whichever means the regime chooses to trample our rights,” he stressed.

The SPLM-IO had refused to sign the final revitalized peace agreement before to address the issue of the 32 states, the decision-making process and to prepare the permanent constitution through a people-driven process.

Mabior said the Movement’s leadership also decided to sign the revitalized agreement because the civil war must cease to ending the suffering of the South Sudanese people.

The head of the information office pointed out several times in his statement that the SPLM-IO members should read well the agreement and to educate the greater public, stressing that the success of the peace process depends on it.

Commenting on the recent violations of the ceasefire agreement in Equatoria and Upper Nile regions, Mabior said that the “lack of command and control of the regime’s forces shall remain another challenge during the interim period”.