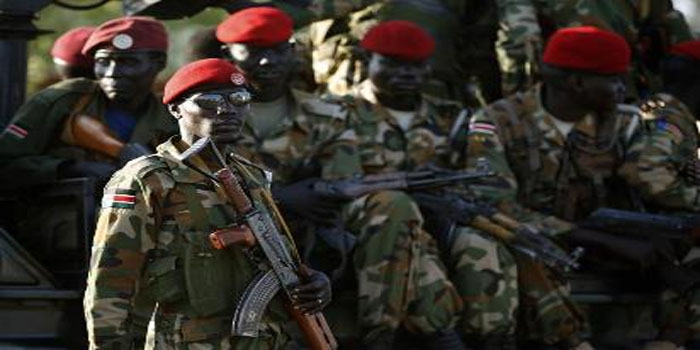 South Sudan main armed group, SPLM-IO said on Saturday that the South Sudanese government forces continue to carry out a large-scale attack on their position in the Yei River State, launched four days ago.

The rebel group further called on the ceasefire monitoring body (CTSAMM) and the UN peacekeeping mission (UNMISS) to investigate the attack and take note of this additional violation.

The attack if verified will be the first of its kind for more than a month. The last time the SPLM-IO fighters accused the government of attacks against them was on 20 July when they reported attacks on the rebel-controlled areas in Bagari and Mbor areas in the Yei River State.

According to a statement by the SPLA-IO’s spokesperson in the area, Wayi Godwill Edward, the hostilities have begun on 29 August when government troops from Yei Town and Pakula attacked the SPLA-IO positions in Kupera Payam of Lainya County.

“The continuing deadly military operations started on the morning of August, 29th 2018 when the regime’s Governor of Yei River State dispatched his Commissioner Emmanuel Khamis Richard and Executive Director Edward Lubad of their purported Kupera County to raise their flag in the area that has been under our firm control over the last two years,” said Edward, in a statement extended to Sudan Tribune.

Before to attack Kupera, the government forces retook control of Jamara Center, about three miles away from Jamara 7 using artilleries and armoured vehicles.

“Our forces tactfully withdrew (from Jamara7 and Kupera) to prevent civilians’ casualties since the belligerent regime’s force randomly shelled the area with heavy artilleries,” he said.

“Since then they have been taking more forces from Yei Town to reinforce their fighting force in the front line. As I write now the war of occupation is continuing in Kupera Payam,” he added.

On 30 August, the SPLM-IO initialled the final revised peace agreement after showing some reticence to endorse it. However, the group said it would only sign the deal if the IGAD leaders resolve four concerns they expressed in a joint statement with the South Sudan Opposition Alliance.

The statement said thousands of civilians fled the areas attacked by the government forces and moved into refugees camps in neighbouring Uganda.

The statement called on the CTSAMM’s MVT in Yei and UNMISS to investigate and verify the claimed attacks.

The South Sudanese army spokesperson was not reachable for comment on the claim.