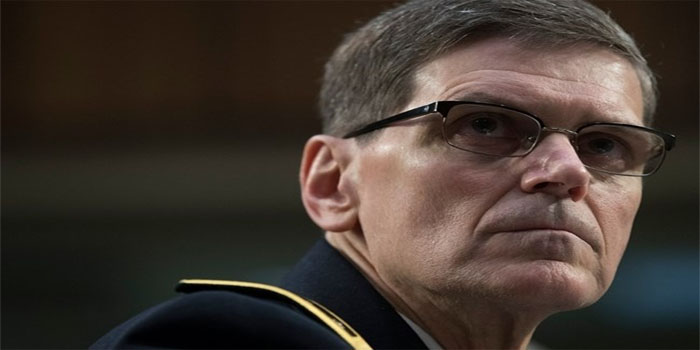 U.S. Army Special Forces are present in Lebanon but working closely with the Lebanese Army rather than conducting isolated operations, Gen. Joseph Votel, commander of the U.S Central Command, confirmed Wednesday. “I won’t go into too many details about what specific operations we are supporting, but our general role there is to help build capacity in the Lebanese Armed Forces and help their fight against terrorism,” Votel told reporters, including The Daily Star, during a teleconference briefing. “We are not conducting unilateral operations there [in Lebanon], only supporting the LAF in their activities,” he added.

Votel’s briefing focused on U.S. activities in the region following the general’s 10-day tour of Iraq, Syria, Kuwait, Afghanistan, Jordan, the United Arab Emirates and Saudi Arabia. While Lebanon was not scheduled in this particular visit, Votel traveled to Beirut in December, meeting with Prime Minister Saad Hariri.

He has visited the country regularly in the last several months, meeting with officials and military heads.

Alongside U.S. Ambassador to Lebanon Elizabeth Richard, the pair announced a new military assistance package to Lebanon worth $120 million during the meeting with the prime minister.

U.S. Army Special Forces have long been operating in Lebanon to help the Army fight Daesh (ISIS), reports have indicated.

In 2015, The Daily Star reported that American personnel were operating reconnaissance drones along Lebanon’s northeast border.

However, the U.S. government rarely goes into significant detail about Special Forces operations.

The general declined to answer questions regarding Special Forces surveillance operations since the Lebanese Army’s “Fajr al-Joroud” operation to drive Daesh out of the country in August. Nonetheless, he praised the Lebanese military’s progress over the past decade.

“They are emerging as the recognized and preferred security instrument in Lebanon,” Votel said.

The majority of the general’s comments focused on the U.S. position in Syria and Iraq amid recent developments. Noting the nearing end in the war against Daesh, Votel underscored that the fight was not over until small pockets of extremists were eradicated in Syria.

Votel also confirmed that efforts to move toward peace building had already begun.

“The coalition is actively fighting today and will continue to fight. But more importantly, the coalition is moving into what we refer to as the “consolidation and stabilization phase.” Our purpose now is to help local forces consolidate their gains, ensure that we do not allow for the resurgence of ISIS and that we create the security conditions that allow for stability in a long-term sense.”

Speaking about Saudi Arabia in the context of counterterrorism, Votel called the kingdom a “leading example” in the fight against extremists, while highlighting Iran as a major threat to Middle Eastern security and American allies in the area.

“[We] share the concern about many of the destabilizing activities Iran perpetrates across the region.

“This includes the facilitation of advanced weaponry to groups such as the Houthis [in Yemen] … [and its developing] relationships with extremists groups who are focused on conducting destabilizing activities to other partners such as Israel.”

However, he said that there were a number of places where the United States and its allied partners were set to make significant gains in the near future.

“In general, while we and our partners continue to face numerous challenges across the region, there are a number of areas where are positioned to make significant progress in the weeks and months ahead,” he said.