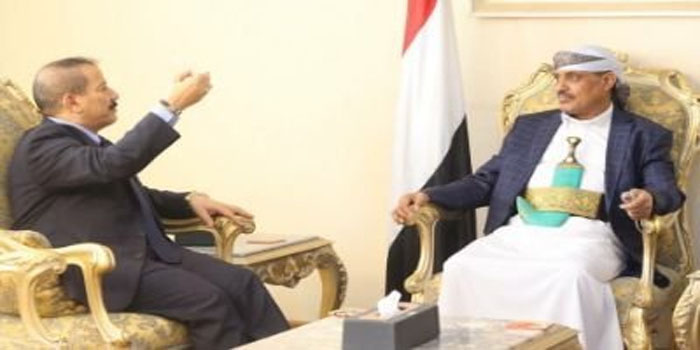 The member of the Supreme Political Council (SPC), Sultan al-Samei, on Tuesday appreciated the role played by the Foreign Ministry to convey the grievance of Yemeni people to the world.

During his meeting with the Foreign Minister, Hisham Sharaf, al-Samei affirmed that the Yemeni people are practicing their self-defense right in the war imposed on them, and extending their hand for peace.

He praised the efforts of the ministry and its cadres to urge donors and international organizations to raise the ceiling of their assistance to Yemen in order to face the humanitarian catastrophe caused by the war and siege.