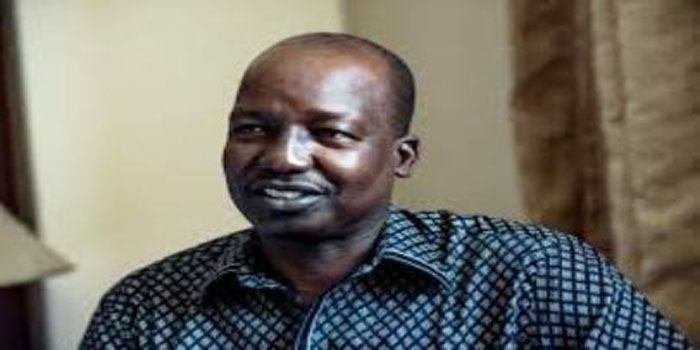 The rebel National Salvation Front (NAS) of General Thomas Cirillio once again denounced the final text of the revitalized agreement for peace in South Sudan and accused the guarantors of prioritizing their own economic and security interests.

In a previous statement, the group has already rejected the final peace document and distanced itself from its initialling by the South Sudan Opposition alliance (SSOA) of which NAS is a member. Like the People’s Democratic Movement and the SPLM-FDs, it reiterated its demand for a genuine federal system protecting the tribal border and establishing regional autonomy.

But in a second statement dated on the 1st September, General Cirillio who is currently in the United States attacked directly the guarantors and accused them of considering their own security and economic interests rather than achieving a lasting peace in South Sudan.

“The preoccupation of some of the countries undertaking the mediation is not with how best to secure just and sustainable peace in South Sudan but rather with arrangements that best protect the various and conflicting interests of some IGAD member states in South Sudan”.

The Sudan and Uganda are the guarantors of the Khartoum Round of the revitalization process. Also, Khartoum has secured the resumption of oil production in South Sudan and begun pumping it for exportation through Port Sudan.

Kampala is also seen as the other beneficiary of the peace agreement because South Sudan has been the main destination of Ugandan products. The According to Uganda Export Promotion Board and Kampala City Traders Association (KACITA) estimates, Uganda’s exports lose some Shs3.5 billion ($930.000.00) every day, since the eruption of the South Sudan civil war on 15 December 2013.

Also, in several articles dedicated to the armed groups in Sudan, the peace agreement bans the presence and support to the rebels who fight the Sudanese government in South Kordofan and Blue Nile states as well as in Darfur region. These groups are accused of fighting along the South Sudanese government army.

Cirillio also criticized the method adopted by the mediators in Khartoum saying the “Agreement is not an outcome of a dialogue between the parties”. he added that during the negotiating on the governance agreement “the parties spoke to paper and to proposals as deem fit by the mediation”

Also, he said the mediation the “excluded meaningful participation by key stakeholders – civil society, women, youth and the international community”.

The government and the Other Political Parties opposition coalition (OPP) initialled the deal on 28 August while the SPLM-IO chaired by Riek Machar and the SSOA signed it on 30 August after receiving reassurance from the Sudanese President Omer al-Bashir that their concerns will be addressed by the IGAD leaders.

However, the two groups said they would not sign the final text of the revitalized agreement if the IGAD head of states didn’t address their four concerns including the number of the contested states, the quorum of the cabinet and parliament meetings, and the constitution-making process. Also, they asked that Ethiopia and Kenya join Sudan and Uganda as guarantors and deploy their forces within the UNMISS.