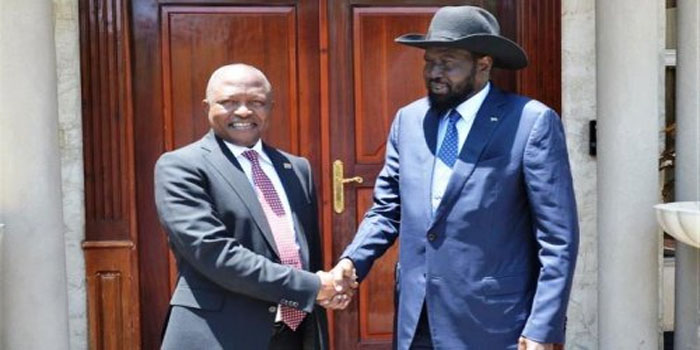 South Africa reaffirmed its support for the implementation of the revitalized peace agreement and called on the parties to abide by its provisions for the benefit of South Sudanese people and the regional stability.

He added that South Africa will continue to provide support and share her own experience learned from South Africa’s transition to democracy.

The visiting deputy president also met with representatives of other peace partners in Juba from the Former Detainees, SSOAs, the National Dialogue chairmen and members of the Diplomatic Corps in Juba.

He left to Khartoum where he would meet the Sudanese President Omer al-Bashir and other South Sudanese peace parties including Riek Machar, SPLM-IO leader.

Mayiik pointed to the initiative of South Africa to reunite the ranks of the Sudan People’s Liberation Movement which culminated with the signing of Arusha agreement on 21 January 2015., adding “it was the real beginning of the important role played by South Africa for peace in (South Sudan)”.

He stressed the keenness of the Government of South Sudan under the leadership of President Salva Kiir Mayardit to implement peace in order to restore stability to the country.