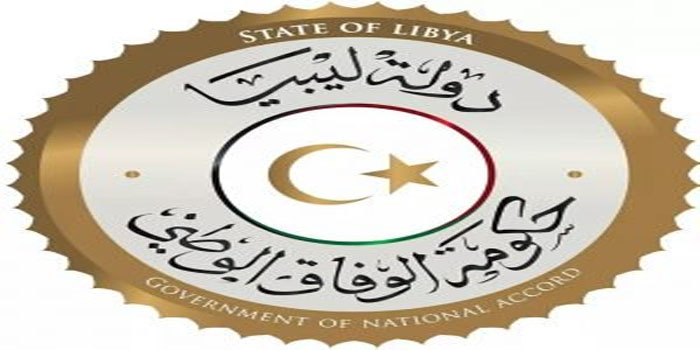 Faiez Serraj, head of the Presidency Council and Government of National Accord (PC/GNA), announced a mini reshuffle of four of his ministers yesterday.

He has appointed Ali Issawi as Minister of Economy, Fathi Bashagha as Interior Minister, Farah Bumatri as Finance Minister and Mohamed Al-Gantry as head of the Youth and Sports Authority.

The reshuffle is controversial and could have some detrimental effect on the current political climate.

After the recent south Tripoli militia fighting, some sort of political consensus for change and reform had been reached. The desruptive effect of the militia fighting had given the stagnant political process a jolt.

As a result, the Serraj PC and the Tripoli Central Bank of Libya quickly agreed on the much heralded economic reforms. The PC also revamped and reactivated the “security arrangements” for Tripoli, as stipulated by the Skhirat 2015 Libyan Political Agreement (LPA).

The LPA security arrangements stipulate that all heavy weapons held by militias are to be stored outside Libya’s main urban centres – including the capital Tripoli. Meanwhile, the reconciliation government would continue the re-formation of a regular (non-militia based) army and police.

These regular forces, accountable to the government, would slowly take over the security operations currently conducted by militias.

Equally, the House of Representatives (HoR) also passed a (contested) constitutional amendment for the referendum law on Libya’s draft permanent constitution. If successful, this would pave the way for new and much-needed elections. Elections are needed to renew and confer legitimacy on the currently much contested political institutions.

The HoR has also come to agreement with the High State Council (HSC) on the process for reforming the PC to a slimline version of three members plus an independent prime minister.

The controversy in the reshuffle applies mainly to two new ministers: Issawi in economy and Bashagha in Interior.

He was then appointed the first Foreign Minister by the National Transitional Council before being replaced.

But more controversially, he had been accused of being a complicit “Islamist” in the assassination of eastern revolutionary leader Abdulfatah Younis.

His appointment has already caused anger to some of the powerful eastern Obaidat tribe of Younis. It is feared that they could react to Issawi’s appointment.

The appointment of Bashagha has also created controversy. It is seen as a naked piece of political concession by Serraj to the city of Misrata and its hard-core elements.

Bashagha, it will be recalled, was a supporter of the Libya Dawn Tripoli militia coup of 2014 which has led to the current political split of Libya. He is considered to be close and influential with the city’s militia leaders.

Since 2014 he has been a boycotting member of the HoR.

The timing and motive of the Serraj reshuffle has led to much speculation. Serraj would have known that both these appointments would be controversial. Some believe they were forced upon him.

Some see the Serraj reshuffle as a last ditch pre-emptive Machiavellian move to save his job.

In view of the relative reconciliation reached between the HoR and HSC, many believe Serraj was on his way to being reshuffled out of the PC. By appointing two Islamists, some say he is scuppering the expected vote in the HSC that would have removed him from office.

If the HSC fail to vote for the agreed PC reshuffle, as agreed with the HoR, this could end the short-lived reconciliation between the HoR and HSC.

On the other hand, optimists see the appointment of Bashagha as a soothing move to Misrata and the militias. It is hoped that it would allay their worst fears and make the gradual disbanding of militias smoother and more likely.

It is hoped that having one of their own, Bashagha, as Interior Minister, would make the planned new security arrangements more likely to succeed.

The Bashagha appointment is definitely not seen as technical or meritocratic. By all accounts, former Interior Minister Ashour was considered to have done a good job, considering the environment he had to work in.

Credence to the appointments being political was also added, according to some analysts, when UNSMIL announced its quick support of the Serraj ministerial reshuffle. Some suspect they were consulted or even initiated the reshuffle.

The head of the HoR Dialogue Committee Abdelsalam Nasiya said yesterday that UNSMIL had been informed of the agreed mechanism for the new PC. It is also reported that HoR members for the western region had agreed on a PC reshuffle over the weekend.

Some are speculating UNSMIL are not happy with the proposed PC resuffle.

On the other hand, we must not forget that the recent political and security crisis – the south Tripoli militia fighting – was brought about by a new player to the usual Tripoli political equation: the Tarhuna-based 7th Kani Infantry Brigade.

They are reported to have granted the Tripoli government and UNSMIL a limited ceasefire timeframe by which security arrangements and militia disbanding is to take place.  It is not clear how they will react to the Serraj reshuffle. This is especially so if the reshuffle does not lead to the real disbanding of Tripoli’s dominant militias.

With regards to the bigger picture, it is also unclear how Hafter and the HoR will now react and whether the recent reconciliation will now dissipate. This could lead to another stalling of the political process and a delay to the planned elections.