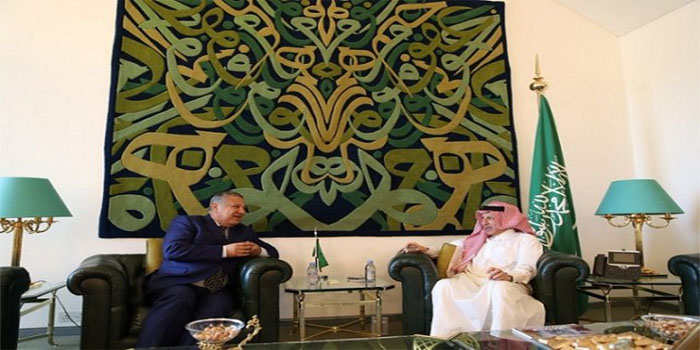 The Saudi Ministry of Foreign Affairs tweeted about a meeting convening a Saudi minister and a Moroccan diplomat, suggesting that news about possible tension between the two kingdoms is just a false alert.

The ministry, however, did not mention the reason of the meeting between the two officials.In the last two weeks, rumors emerged on social media suggesting that Morocco’s Ministry of Foreign Affairs recalled its Riyadh envoy. Reports cited the airing of a Morocco-hostile documentary by state-owned television channel Al Arabiya.The documentary, which gave historical grounding to Polisario’s separatist claims, was largely perceived in Moroccan policy circles as undermining the North African kingdom’s territorial Integrity. .

Morocco’s Minister of Foreign Affairs Nasser Bourita, however, denied any kind of tension between the two countries. In a number of subsequent public statements, Bourita emphasized that Morocco would announce such decisions if there were any through its special channels.

Last week, many journalists also took advantage of the joint press conference held between Bourita and his Spanish counterpart Josep Borrell to ask questions about the reported diplomatic rift with Saudi Arabia.

Other news outlets also claimed Morocco recalled its ambassador from the UAE.

In the press conference with Borell, who was part of the Spanish delegation that accompanied the Spanish royal family in Morocco, Bourita reiterated that the claims are false.

The official described the news as “inaccurate,” saying that the two ambassadors were in Morocco to take part in meetings, but they went back to their offices last week.

According to Bourita, the meetings with the two ambassadors aimed to review the “significant changes” in the region.

He also reassured that the relations between Gulf countries, especially with the UAE and Saudi Arabia, are historical and strong.

His denial was the third of its kind as he has refuted similar allegations twice before.

The first time Bourita talked about Saudi-Moroccan diplomatic bonds was during an interview with Qatari television channel Al Jazeera.

The official, however, maintained that diplomatic relations with Saudi Arabia have not been affected by Rabat’s withdrawal from the Saudi-led coalition in Yemen.