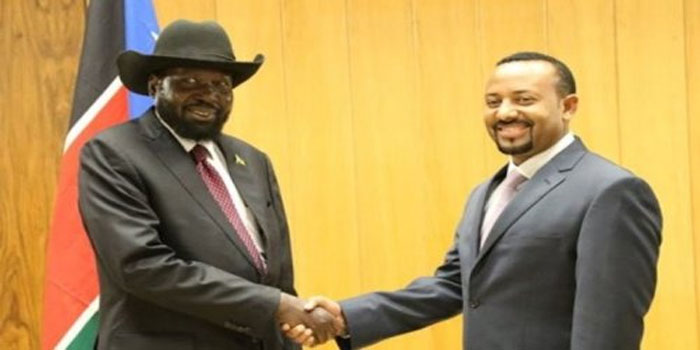 The agreement between the two countries was signed at the end of a border security meeting in Ethiopia’s Gambella town last week.

“There should be a joint security force in the common border between the two states to clear or dismantle the anti-peace elements and illegal business moving around the border areas,” partly reads the signed joint border security document.

The agreement gives Ethiopia the freedom to open a liaison office in Boma State to foster cooperation between the Murle of South Sudan and the Anyuak of Ethiopia, who reside on the common border.

The liaison office would help mitigate the cross-border raids by both sides, according to the agreement the two countries committed to.

Last year, a deadly cross-border raid conducted in Gambella by armed Murle men from South Sudan resulted in the death of over 200 people while more than 100 children were reportedly abducted.

However while some children were returned, others are still missing.

“The government of Boma State in South Sudan should exert more efforts to recover abducted children and cattle that remained at large and return them to Gambella regional state as soon as possible,” further reads the document