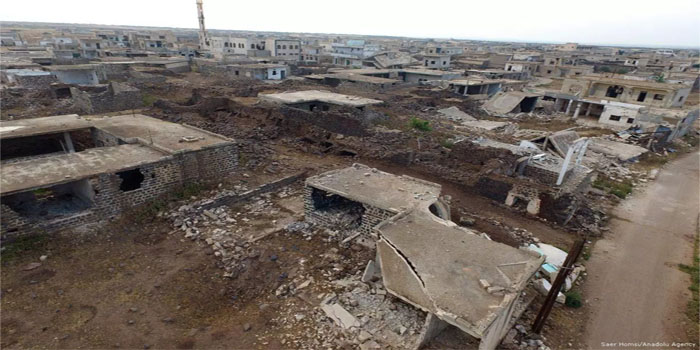 Russian construction companies have been discussing the reconstruction of Syria with local businesses.

The director of the Syrian Public Institution for Housing, Suhail Abdul Latif, told Al-Watan newspaper that his institution and a Russian business delegation on Sunday discussed the construction of residential projects in areas owned by the institution in the Dimas suburb near Damascus.

According to the paper, the institution is currently studying offers made by Russian companies.

Russia has been the Syrian regime’s biggest backer throughout the seven-year civil war which destroyed the country and left its ancient artefacts in ruins.