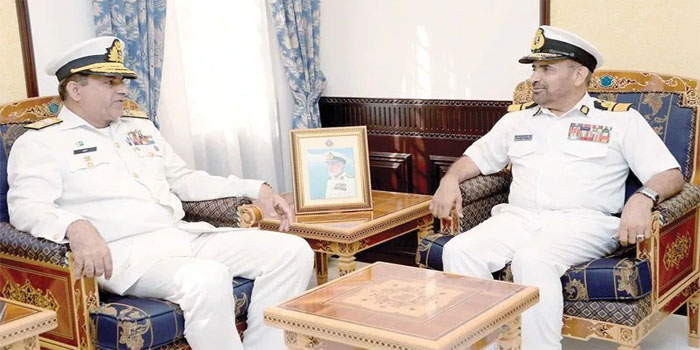 Rear Admiral Abdullah bin Khamis al Raisi, Commander of the Royal Navy of Oman (RNO), received Commodore Dean Bassett, United Kingdom Maritime Component Commander (UKMCC), in his office at Muaskar Al Murtafa on Sunday.
The meeting was attended by a number of officials from both sides.The British military official also visited the Maritime Security Centre (MSC). The guest was briefed on the tasks and roles of the centre in managing and leading operations of the maritime security and protection of marine environment from various risks.
The guest also viewed modern devices and equipment used in supporting maritime security operations.