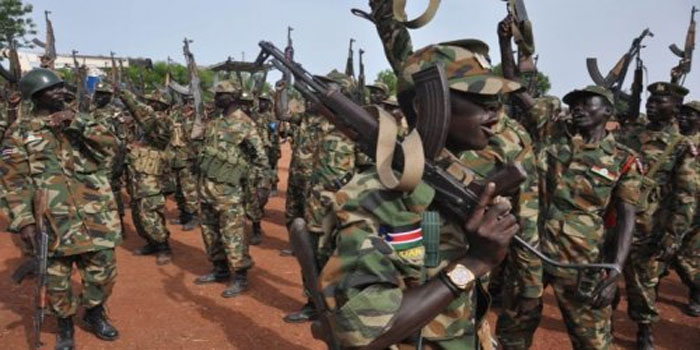 12 soldiers were on trial, but while one was freed for lack of evidence charged, another died under unclear circumstances during the trial.

Thursday’s ruling has sentences ranging from seven years to life. The court also ordered the government to pay damages to the victims.

“This to us is the right path towards sustainable peace, development of a professional and disciplined army that protects all people in the Republic of South Sudan and shows that peace and justice are complementary and must be implemented concurrently,” reads the statement.

The ruling, according to the human rights groups, is an opportunity for the government of south Sudan and other parties to the conflict to reconcile, embrace peace and work towards a more broader security sector reform; judiciary and justice reforms, unified and professional army; policy formulation, legal reforms especially the Penal Code and training of military, law enforcement agents and other parallel forces on sexual and gender based violence; human and women’s rights, national duty and defense of the nation.

“However, we are also concerned that the many South Sudanese women and children who are victims of sexual assault and rape are not getting justice and are left helpless. We call upon the government to grant justice to these victims of the ongoing war throughout the country and hold the perpetrators accountable,” the group said.

“We stand to support our sisters and victims of sexual violence, human rights and will collaborate with the government in the search for justice for all the people”, the statement stressed.

The group appealed to the Transitional Government of National Unity and the African Union Commission to expedite the process for the establishment of transitional justice mechanisms in the country.

“After much foot dragging, today’s convictions and sentences represent a first step towards ending chronic impunity in South Sudan, where both government forces and the armed opposition have committed human rights violations and crimes under international law, with complete disregard for human life,” said Seif Magango, Amnesty International’s Deputy Director for East Africa, the Horn and the Great Lakes.

These convictions, he added, must lead to the crucial next step of ensuring justice for all crimes committed in the ongoing armed conflict, by first and foremost, setting up the much-delayed Hybrid Court for South Sudan agreed in 2015.

“South Sudanese leaders must keep up the momentum towards ending the climate of impunity in the country,” stressed Magango.

The South Sudanese government had earlier said the Terrain hotel trial showed its “commitment to human rights, the rule of law and transparency of the legal system”.

The trial of the soldiers was seen as a test for the young nation facing a bloody civil war, which has seen tens of thousands of people killed and over 4 million displaced.