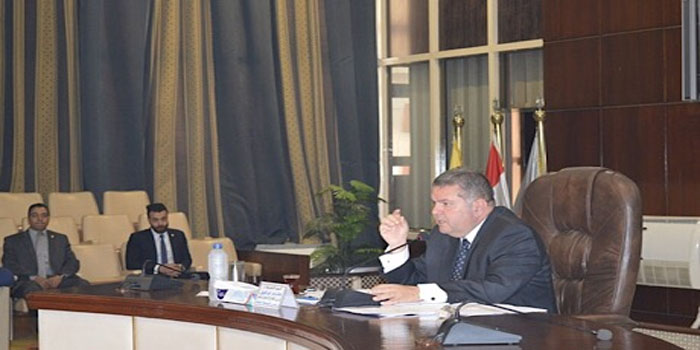 As the Ministry of the Public Business Sector (MPBS) continues to implement its plans to develop 26 public-sector companies in order to optimise their outputs and reduce their losses, the cabinet has decided to set up a fund to settle their debts to the banking system.

The new fund will provide the needed finance for the administrative and technical upgrading of the state-owned companies and help to remove financial bottlenecks, according to a statement issued last week.

It will be managed by a committee headed by the MPBS minister and include members from the state council, the Finance Ministry, the National Investment Bank and the chairmen of the holding companies concerned.

The fund will target the renewed use of some 3,000 idle state assets.

Tarek Metwalli, a member of the Industry Committee of the House of Representatives, Egypt’s parliament, said this week that the fund should make use of these under-utilised assets either by leasing them or through usufruct arrangements.

Egypt’s public sector has long been criticised as overstaffed and inefficient, and officials have long struggled to push the firms towards profitability.

Hisham Tawfik of the public business enterprise sector said on television recently that net profits of the sector had reached LE11 billion during the last fiscal year.

He said there were 48 loss-making companies in the sector and 73 profit-making ones. In the 2015-16 fiscal year, the sector’s losses amounted to LE7.5 billion.

It wants to find international companies in these sectors that have the ability and experience to run these public companies and restore them to profit, he said.

Such foreign partners would revive the production lines of the state-owned companies and produce commodities for the local market and export. The partners would get a determined share of the profits for 20 years in exchange, Tawfik said.

The ministry has asked Egyptian commercial offices overseas to contact foreign car companies under a projected partnership agreement that would aim at producing between 100,000 and 150,000 vehicles annually and help to revive the automotive production and feeding industries.

According to Tawfik, the ministry has received 12 tenders from international companies to participate in the development of public-sector companies in the automotive sector.

Two weeks ago, the board of directors of the Egyptian Iron and Steel Company, an affiliate of the Holding Company for Metallurgical Industries, announced a call for tenders for a foreign partner to help develop the company’s production lines in exchange for a share of the profits.

The foreign partner would need to restructure the production units of the company at a preliminary cost of $250 million, with annual production exceeding 1.2 million tons.

Mohamed Dawoud, deputy chairman of the Chamber of Metallurgical Industries at the Egyptian Federation of Industries, said “the concept of getting foreign assistance to transfer modern technology and improve the quality of products is a good one since Egypt lacks such technical skills at present.”

He expected that the move would stimulate the Al-Nasr Company, which has the facilities required but that has been mismanaged for some time.

Dawoud added that the success of the public-sector enterprises in Egypt would also depend on reducing the present bureaucracy.

Effat Abdel-Ati, head of the Division of Vehicles Traders and Agents at the Cairo Chamber of Commerce, said the government plans were a positive step towards improving the performance of the state-owned companies.

However, he said that boosting feeder industries in the car industry that produce fittings and other components was just as important as developing the vehicle industry itself.

He added that unless Egypt expanded such industries, the production of cars would be difficult.

“I believe in the power of the public sector and its ability to lead the industrial sector in Egypt as it did in the past, but only if it is well-managed,” said Jasmine Fouad, a professor of economics at Cairo University.

She said that it did not matter whether the companies had Egyptian or foreign managers as long as they boosted production.

The companies had the potential to successfully market their goods because consumers were looking to consume locally manufactured goods because of the high prices of imported ones.

Heba Al-Leithi, a professor of statistics at Cairo University, was not happy at the idea of foreign partners running the companies. “I think the government is taking the easy way out. It would be better if the government changed the management of the companies itself,” Al-Leithi said.

Experience had shown that foreign investors were not interested in improving local industries, she said, and workers’ rights had often been infringed upon in the process.

Some 382 state-owned enterprises have been fully or partially privatised in two phases of privatisation, the first from 1991 to 1997 and the second from 2004 to 2010.

* A version of this article appears in print in the 14 February, 2019 edition of Al-Ahram Weekly under the headline: Restructuring the public sector.