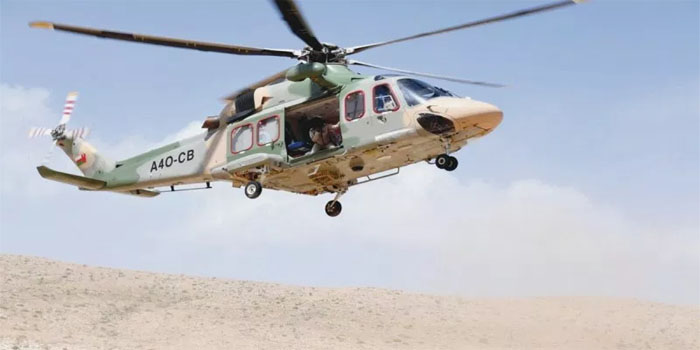 In Wadi Suror in the Wilayat of Samayil, six people were rescued, while three persons, who were trapped in Wadi Al Auq, were salvaged.
“The condition of all the rescued persons was stable,” the ROP said. The ROP also delivered food items to villages in Wadi Bani Khalid where some roads were damaged and traffic disrupted due to heavy rains and flash floods. Meanwhile, traffic has been stopped on some roads and police have called on drivers to be careful. In a statement online, the ROP said, “For those using Wadi Al Auq road, drivers are told to watch out for water pools and stone debris along the road, and while driving please pay attention.”

In Muscat, among the areas and spots that witnessed water-logging was Muttrah Souq. Rainwater which gushed into the low-lying souq damaged goods, causing shop owners losses. “Alleys inside the souq had knee-deep water after the evening downpour,” said Ahmed Mirz, who has a shop at the entrance of the traditional market. “Each time it rains heavily, the market is inundated as it stands in a low-lying area,” he said. In a statement, the Muscat Municipality said that efforts are being made on war-footing to deal with unstable weather conditions that caused inconvenience to general public.

“The General Directorate of the municipality has already placed men and machinery for the disposal of waste, cleaning of roads,” the statement said.
Meanwhile, the Oman Met Office said that the low-pressure system is expected to slow down by Tuesday with chances of lighter rains and may be thundershowers in some places.  “By Tuesday we expect the system to dissipate so there is hardly any chance for rains on Wednesday,” a weather forecaster pointed out.

The Wilayat of Yanqul in Al Dhahirah Governorate received the highest amount of rainfall, according to Public Authority for Civil Aviation (PACA). “We have recorded 41 mm in Yanqul, 39.4 mm in Wadi Bani Khalid, 27.4 mm in Nizwa, 23 mm in Seeb, 16.2 mm in Al Qabil and there are others but these are the places that received the highest amount of rainfall. Muscat city recorded precipitation of 12.6 mm,” said a PACA official.