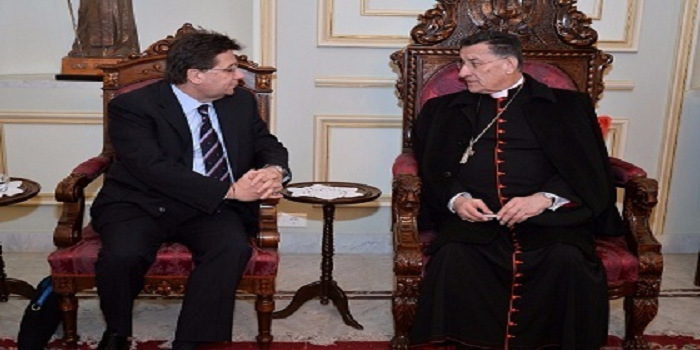 “We need a strong presidency that transcends sectarian divisions and the alignments of March 8 and 14 alliances,” Kanaan said following talks with Maronite Patrirach Beshara al-Rahi in Bkirki.

“Our hands are extended to everyone,” he said.

Kanaan described the LF-FPM reconciliation as a “new dynamic,” which should “gain real partnership in the nation.”

Last month, LF chief Samir Geagea endorsed the candidacy of his long-time rival MP Michel Aoun, who is the founder of the FPM and the head of the Change and Reform bloc.

Despite the reconciliation between two of the country’s four main Christian parties, they have not closed ranks with the Marada Movement and the Kataeb Party on a compromise candidate.

Marada leader MP Suleiman Franjieh, who is backed by al-Mustaqbal Movement chief ex-PM Saad Hariri, has held onto his candidacy.

Al-Rahi has welcomed the rapprochement but stopped short of backing either Aoun or Franjieh.