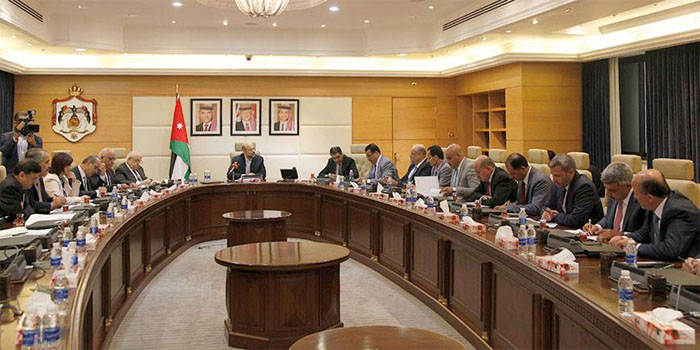 Prime Minister Omar Razzaz on Monday said that the government realises that the decentralisation project has had some shortfalls and challenges in its first year, but these would be addressed properly.

During a meeting with presidents of the governorates councils in the presence of the ministerial committee on decentralisation, Razzaz stressed the government’s keenness on the success of the project in partnership with the councils.

Razzaz said that His Majesty King Abdullah views the decentralisation project as part of the “comprehensive national awakening through sharing authority with governorates to decide the developmental priorities of citizens,” the Jordan News Agency, Petra, reported.

People had high expectations, while the councils still have no effective means to work and achieve their goals, Razzaz noted, adding that there is still a high level of centralization on the ground in floating tenders and implementing projects.

The premier said that government would revisit the decentralisation law and study the challenges that the councils face, including their workplaces and budgets.

“We all agree on the importance of enhancing the role of the councils in the fields of services and development to enable the Parliament execute its basic legislative and oversight roles”, said the prime minister.

Razzaz gave instructions to arrange a meeting between the councils’ presidents and the ministers of education, health, and public works to ensure that the councils are granted more powers.

Speaking on behalf of his counterparts, President of Zarqa Governorate Council Ahmad Olaimat thanked the prime minister for “swift” response in holding the meeting upon a request from his councils.

Olaimat stressed the importance of amending the decentralisation law and cancelling any articles that contradict the founding principles of the system.

He demanded that the councils be provided with cadres to prepare budgets, including the councils’ members in health insurance and allowing the elected bodies to invest in job-generating enterprises.

He also demanded permission to buy or acquire lands in areas that do not have state-owned lands, especially for priority projects in the education and health fields.

For their part, the presidents called for distributing the development gains “justly” among all governorates, as well as the full disbursement of budgets.