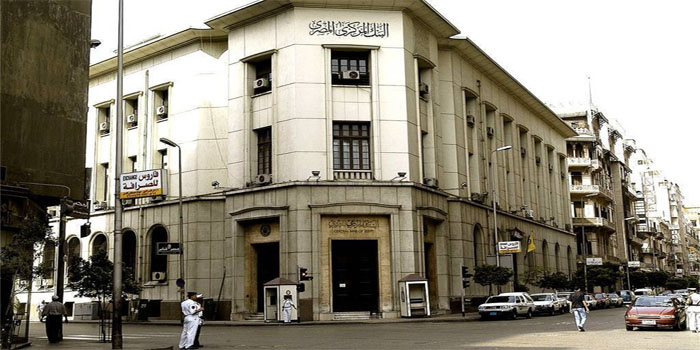 The recent geopolitical tension between the US and Iran has impacted the Central Bank of Egypt’s (CBE) approach to cutting key interest rates.

Oil prices have risen to their highest level since November 2014 to $79 per barrel (pb) from the $67 pb in Egypt’s 2019 budget as a result of President Donald Trump’s withdrawal from the Iran nuclear deal.

The hike in global oil prices will push that of local fuel products to increase by 45%, which would be an obstacle for the CBE to continue slashing interest rates, in addition to the rise of food prices ahead of Islam’s holy month of Ramadan.

The CBE is forecast to stand pat on interest rates following the rise in the country’s monthly core inflation over the last three months, while annual inflation is likely to jump by around 3% over the coming period.

Egypt’s annual inflation eased to 12.9% year-on-year in April from 32.9% in the comparative period of 2017, according to the Central Agency for Public Mobilization and Statistics (CAPMAS).

The CBE is expected to keep interest rates unchanged in its meeting on Thursday due to the anticipated increase in inflation rates over the coming period, CI Capital Holding economist Noaman Khalid told Mubasher.

Inflation is likely to rise by 3% on the projected hike in petroleum product prices, Noaman highlighted, which he expects will surge between 40% and 45% on the back of increased global oil prices.

Inflation is also forecast to rise again in July and August if the CBE makes further interest rate cuts, hence, the central bank would have to raise the interest rate, which would be a difficult step, the economist noted, stressing that the CBE will maintain key interest rates in its Thursday meeting.

He projected that the CBE would cut interest rates again in the last quarter of 2018.

Inflation is likely to record 13% in May, Noaman said, adding that the recent hike in the prices of the Cairo Metro’s tickets will not affection inflation rates.

Metro ticket prices make a slight contribution to Egypt’s inflation, but the main drivers of the country’s inflation are the prices of foodstuffs and petroleum products, he remarked.

On 1 May, Egypt’s transport ministry raised the prices of the Cairo Metro’s tickets to range between EGP 3 and EGP 7 in accordance with the number of stops.