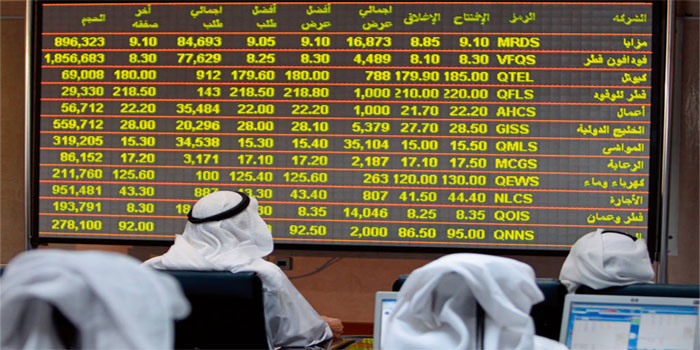 The industrials sector levelled up 1.84% as Aamal Company’s stock gained 4.17%.

QNB’s stock led in terms of liquidity after generating a turnover of QAR 57.3 million, while Vodafone Qatar’s stock topped in terms of trading volume after 1.3 million shares were exchanged.

Seventeen firms of the QSE-listed companies announced their financial results, posting a 7.97% increase in their profits, recording QAR 7.28 billion in the second quarter of 2018, from QAR 6.74 billion during Q2-17, according to Mubasher’s statistics.