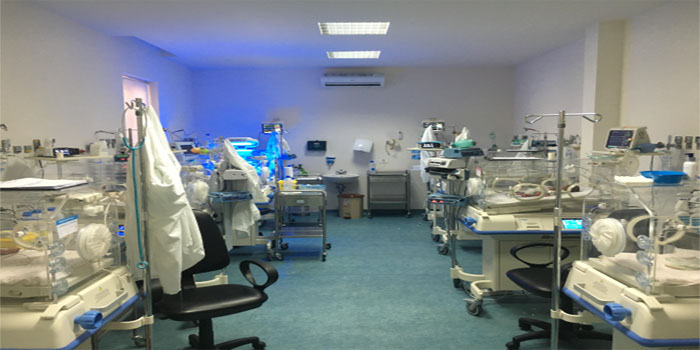 Lebanese public hospitals are set to receive a boost through international donations amounting to an estimated $60 million to $70 million, caretaker Health Minister Ghassan Hasbani said Tuesday. Hasbani was speaking at a news conference where Japanese Ambassador to Lebanon Matahiro Yamaguchi announced the donation of $4.2 million worth of equipment for Lebanon’s ailing public hospitals.

According to a Health Ministry statement, the Islamic Bank has given $27 million for the construction of three new hospitals in Beirut’s Karantina and Sidon’s Sarafand.

Kuwait has also committed to helping rehabilitate the country’s government hospitals, which will also receive upcoming support from the World Bank, Hasbani noted, promising modernization and development in the health sector.

“Today, we have received Japan’s donation, which will be distributed to 14 hospitals,” Hasbani said.

The event was held at the Japanese ambassador’s office in south Beirut’s Bir Hasan with the directors of the chosen hospitals and Hasbani’s adviser Bahij Arbid.

“All aid has been dispersed according to need,” Hasbani said.

Out of Lebanon’s 29 public hospitals, about half will receive upgraded Japanese technology.

Yamaguchi said Lebanon has provided its residents with some of the best health services in the region, despite the struggle to keep up with demands exacerbated by the Syrian crisis. According to the United Nations refugee agency, just fewer than 1 million refugees are currently residing in Lebanon. Lebanese officials, however, estimate the figure to be closer to 1.5 million.

In the face of the ongoing crisis, Yamaguchi announced his continued support for and cooperation with the Lebanese government.

“The donation will contribute to improving the quality of service provided by government hospitals,” Arbid said.

Public hospitals recently have been under pressure due to unpaid bills. At the end of July, the Syndicate of Hospitals in Lebanon President Suleiman Haroun called upon governmental institutions, including military agencies and the National Social Security Fund, to pay overdue debts. Haroun called the financial situation of Lebanon’s hospitals “dire.”