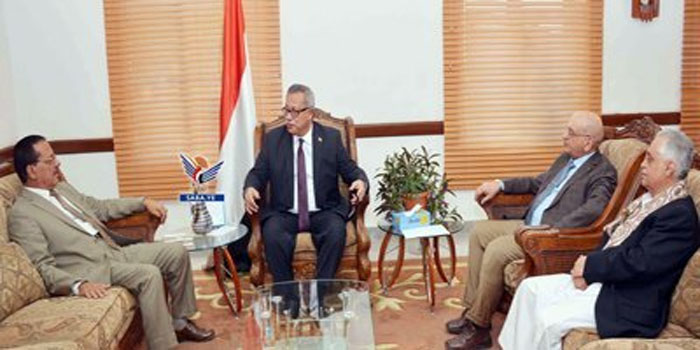 Prime Minister Dr. Abdulaziz bin Habtoor on Monday discussed with Culture Minister, Abdullah al-Kibsi, the challenges facing the culture sector as a result of the Saudi-led aggression war and siege on Yemen for over three years.

In the meeting, the prime minister underlined the essential task of the culture ministry in serving the social development and its important role in confronting the aggression and its schemes.

The culture minister reviewed the difficulties being experienced by his ministry and their impact on the official cultural activity in light of the economic effects caused by the war and blockade imposed on the country.