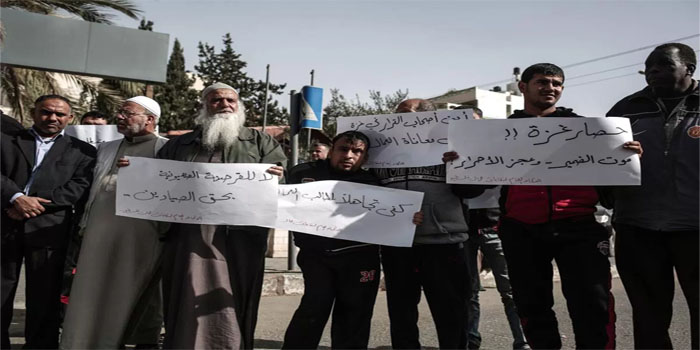 Unemployment amongst Palestinians rose by half a per cent last year reaching an average of 27.4 per cent in the occupied West Bank and the besieged Gaza Strip.

The Gaza Strip, where more than two million people live, is suffering from deteriorating conditions due to the 11-year-old Israeli siege and the failure of the reconciliation process between Fatah and Hamas.

The highest unemployment rate was recorded amongst Palestinians aged 20-24 which reached 44.6 per cent in 2017.