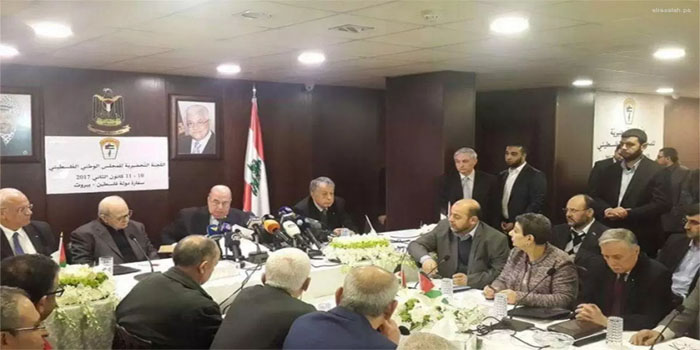 Several Palestinian political factions on Tuesday called for the speedy implementation of past reconciliation agreements between Fatah and Hamas, the most recent of which was inked last October in Cairo.

Notably, Fatah — Hamas’ West Bank-based rival — declined to sign on to the statement, in which signatories stressed: “the pressing need to achieve national unity”.
Signatories also called for a halt to “provocative rhetoric that encourages the inter-Palestinian rift and hinders genuine reconciliation”.

“It’s time to heal the national rift and assume the moral responsibility to resolve our people’s grievances and stop the Israeli occupation’s oppression against our people,” the statement read.

In recent weeks, Hamas has been mulling proposals — tabled by Egypt and the UN — for inter-Palestinian reconciliation, a Hamas-Israel truce, and humanitarian projects in the blockaded Gaza Strip.

Earlier Hamas-Fatah reconciliation agreements have failed to bear fruit due to ongoing differences between the two factions.