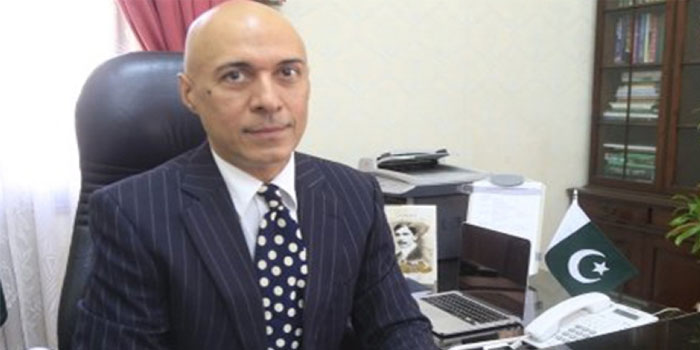 Pakistan’s Embassy in Oman is set to put on a number of events to celebrate Renaissance Day in the Sultanate, as well as the strong historical ties between the two nations.

Renaissance Day, which is celebrated on 23 July and marks the day on which His Majesty Sultan Qaboos bin Said ascended to the throne in 1970, will see the Pakistan Embassy hold a series of events to honour the occasion.

A spokesperson for the embassy told Times of Oman: “Ali Javed, the ambassador of Pakistan, joined by the vibrant Pakistani community in Oman, shall welcome the forthcoming Renaissance Day to mark His Majesty’s ascension to the throne on July 23, 1970, with planned events to pay glowing tributes to His Majesty’s sagacious and visionary leadership of nearly 50 years.”

“A reception on board the Pakistani navy ship Shahjahan at Muttrah Port on 15 July will commence the celebrations, with the participation of the official delegation of the Sultanate, the diplomatic corps and the Pakistani community.

A Pakistan Festival is also being organised at the Convention Centre three days later, with 25 highly renowned artists, writers, anchor persons and intellectuals, including five recipients of the National Awards, to highlight 5,000 years of established historical ties between Pakistan and Oman.

Also present will be Aamir Ghauri, resident editor of Pakistan publication The News and Gauhar Malik, executive editor of the Pakistan Observer.

The event will be organised with the help of Ahad Awair Munir, MD and Murawat Ahmed, Project Manager of Alpha Events, who are coordinating the effort with Qamar Riaz, the special nominee of the ambassador, and Ameer Hamza, the advisor for civil society to the ambassador. Electronic and print coverage has been assigned to Mohsin Sheikh, all of which will be done on a pro-bono basis.