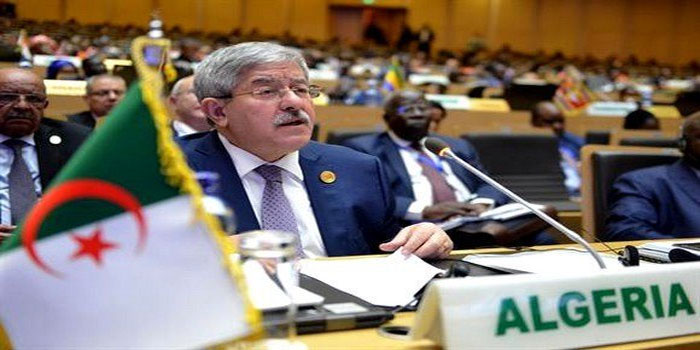 “In 2018, terrorism has further affected several areas in Africa, notably in the Sahel region. Terrorist groups have a good command of social networks and e-communication and use them in radicalization campaigns,” said Ouyahia in a presentation before the African Heads of State and Government.

The PM underlined “the connection between terrorism and translational organized crime that continues, notably drug trafficking.”

“These criminal connections now channel the retreat of defeated terrorists in the Middle East to Africa, where these individuals pose an additional threat,” stressed Ouyahia.eferring to Africa’s efforts to address the terrorism scourge, the Premier welcomed “the operational and legal progress made in the fight against terrorism.”

In this connection, Ouyahia recalled that “President Bouteflika had submitted a Memorandum on combating terrorism and violent extremism to the previous AU Summit.”

“Adopted by your Summit, this Memorandum could serve as a basis to enrich the Action Plan against Terrorism adopted in 2004,” said the PM.

Concerning the update of this pan-African action plan, Ouyahia highlighted a number of points, notably the importance of “the participation of Member States in African counterterrorism mechanisms as well as the adaptation of African national legislation to the new requirements of this effort.”

Ouyahia reiterated Algeria’s readiness “to share its experience and capacities in the fight against terrorism and violent extremism with African States and the AU.”