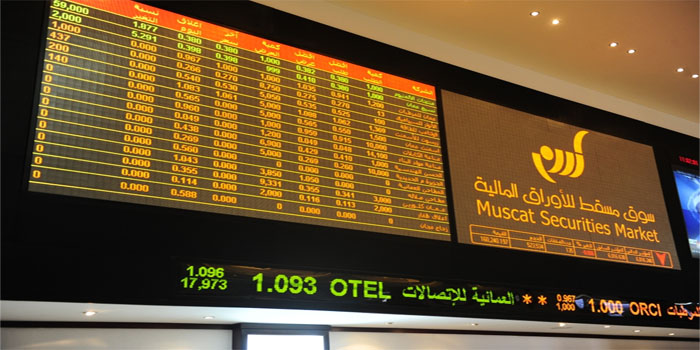 A total number of 235 trades were executed during the day’s trading session generating turnover of OMR860K with more than 5.10 million shares changing hands. Out of 24 traded stocks, 4 advanced, 7 declined and 13 remained unchanged. At the session close, Omani investors were net buyers for OMR63,000 followed by foreign investors for OMR11,000 while GCC and Arab investors remained as net sellers for OMR74,000 worth of shares

Industrial Index lost 0.38 per cent to close at 5,445.66 points. There were no gainers from the industry sector. Oman Fisheries and Galfar Engineering were down by 7.23 per cent and 0.98 per cent respectively.