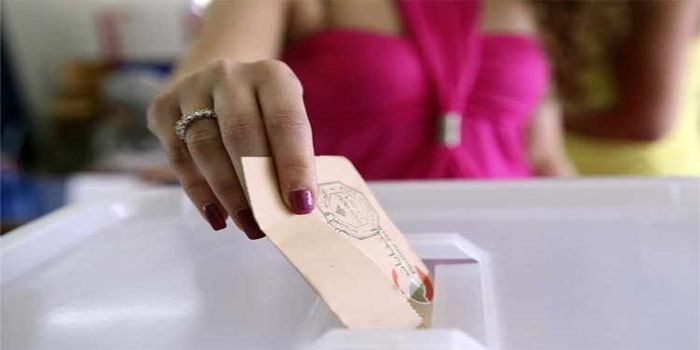 Lebanon’s bizarre electoral law has more than a few politicians scratching their heads – and others bowing out of the race entirely. When Sidon MP and former Prime Minister Fouad Siniora announced Monday that he won’t run to keep his seat, the decision perhaps said more about the intricacies of the new electoral law than his popularity.

Although other calculations may have gone into Siniora’s decision, one was abundantly clear, according to veteran pollster Kamal Feghali: “He would definitely lose.”

Sidon has two Sunni seats, but under the new law, Siniora would either have to be on a brutally dominant electoral list or be the most popular Sunni on his own list – a tall order running alongside MP Bahia Hariri.The devil to blame is the “sawt tafdili,” or preferential vote. Under Lebanon’s new electoral system, voters cast two votes: one for a list of candidates and another for their preferred candidate within that list. Seats are distributed to lists on a proportional basis, but a special formula based on the preferential vote determines who gets those seats.
“In the preferential vote, my main enemy is not the other lists, but my co-listers or my colleagues, especially if they’re from the same district and from the same confession,” said Ammar Abboud, an expert with the nonprofit Lebanese Association for Democratic Elections.So if Siniora and Hariri – both Sunnis – ran on the same list, they could effectively be pitted against each other.

The result of the logic is the formation of lists around a single big name, as popular politicians seek to save face by getting out of each other’s way.

NORTHERN NUANCESOne of the biggest names to depart over the past week was Tripoli MP and former minister Mohammad Safadi. Despite getting the most votes in the two previous elections, Safadi opted to sit on the sidelines this time around, avoiding a split in the preferential vote between himself and two other popular Sunnis likely to feature on the Future Movement’s list, MPs Mohammad Kabbara and Samir Jisr.

Even with Tripoli’s five Sunni seats, competition is stiff. There seem to be four mainstream lists shaping up: that of the Future Movement and those headed by former Prime Minister Najib Mikati, former Minister Faisal Karami and former Minister Ashraf Rifi.

“You have five Sunni seats, so you can’t afford to be No. 2 [on your list], because maybe your list is not No. 1 [overall],” Abboud said.

Future’s list, likely containing both Kabbara and Jisr, is the only one with two front-runners. Kabbara edged out Jisr in the 2009 elections by 1,252 votes out of about 90,000 ballots cast.

Rumors abound over concerns that the two will split the preferential vote, weakening both of their chances. Compounding the issue is their interconnected family – Jisr is married to Kabbara’s sister, raising the specter that the votes of the extended family will have to be split as well.

With lists not yet finalized, this scenario may not come to pass. Although some parties and politicians are expected to announce their candidates this week, lists don’t need to be finalized until March 27.

Another electoral wrinkle concerns Karami, who had initially been expected to run alongside Mikati in the Tripoli-Minyeh-Dinnieh electoral district. That fell apart two weeks ago, forcing Karami onto a March 8 list that includes Dinnieh’s Jihad al-Samad.

Because the preferential vote is calculated as a percentage of votes cast at the subdistrict level, it’s thought that Samad could beat Karami. That’s because Dinnieh is less than a third the size of Tripoli, meaning Samad is a big fish in a much smaller pond.

If half of all registered voters show up on May 6, which was approximately the 2009 turnout, there will be about 120,000 voters in Tripoli but just 35,000 in Dinnieh. If Samad takes 8,000 preferential votes, Karami would need over 27,000 to beat him – a task made difficult with Tripoli’s crowded field of candidates.

If Karami comes second on his own list, he and his allies will need enough votes for their list to get two seats in Parliament. But then, he may face another problem with the preferential vote – this time from the Alawite community.

Although the Alawites are expected to heavily support Karami’s list, they are also expected to use their preferential votes for an Alawite candidate, not Karami.

“A lot of voters cannot comprehend how to use their vote tactically. That is a culture that is not present,” Abboud said.

According to Abboud, politicians and parties have two potential strategies. The first option is to form an incomplete list or a list of weaker candidates around a single, powerful leader, as appears to be happening in several races.

In the second strategy, “you put all your weight on collective campaigning; you do a full list in order to secure, one, that you pass the threshold, and two, you get as many seats as possible,” he said. “But that strategy … may get seats for somebody else than the zaim,” or leader.

This strategy may be more effective for independent lists because “they shouldn’t have a lot of battles of egos,” Abboud suggested.

But looking at the numbers, a third strategy leaps out. In some districts, the threshold to enter Parliament may be so high that no competition stands a chance – essentially nullifying the promise of proportional representation.

Take Parliament Speaker Nabih Berri’s constituency of Tyre-Zahrani. If turnout is around the level it was in 2009 – about 50 percent – a list will need to get over 21,000 votes just to get a single seat.

In the 2009 elections, the top opposition candidate in Zahrani received 3,574 votes. His counterpart in Tyre got just 2,322 votes.

If the opposition is again so feeble, the Hezbollah-Amal Movement coalition may in fact sweep the entire constituency.

Which strategy to employ thus depends heavily on a leader’s circumstances and understanding of the new electoral reality.

But while some politicians are scrambling to wrap their heads around the new law, others believe they already know the bottom line.

Ahmad Safadi, Mohammad’s nephew and the director of his electoral machine, summed up his take: “It’s the worst [electoral] law I have ever seen.”