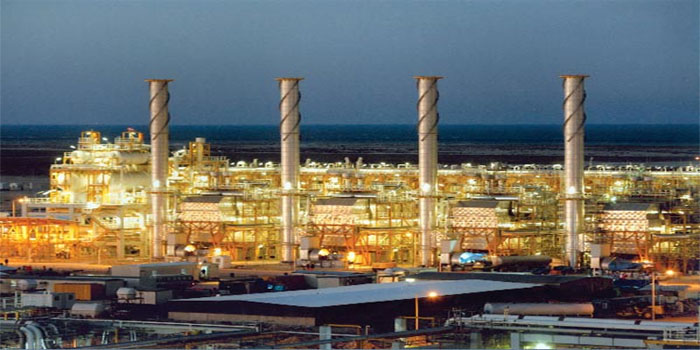 Qatar is fast emerging as a leading global producer of ‘low sulfur Euro-V’ specification products such as naphtha, jet-A1, ultra-low sulfur diesel (ULSD), propane and butane with the formal inauguration of the QR5.5bn Laffan Refinery 2 (LR2) on Monday.

LR2 at Ras Laffan has a total processing capacity of 146,000 barrels per day of condensate from the North Field, the largest non-associated natural gas reserve in the world.

With Laffan Refinery 2 going on-stream, Qatar now has the capacity to process a significant quantity of condensate from the offshore North Field. This achievement will be a catalyst for Qatar’s further economic stability.

Alongside Laffan Refinery 1, this new facility is strategically important due to its role in diversifying Qatar’s energy mix, which will double the existing production capacity.

Synergies are expected between LR1 and LR2 as both projects share certain facilities with each other.

The LR2 project will add to Qatargas’ integrated value chain and will generate revenue from supplying the refined products into domestic and export markets.

The Laffan Refinery processes condensate, an associated product to natural gas liquefaction that is refined into a number of high-quality products, which can be used as lower emission fuels, and feedstock for petrochemical production. All products will be hydrotreated to reduce the content of sulphur, meeting the most stringent quality standards.

The LR2 project consists of three separate refinery expansion projects: the Receiving and Loading Facility (RALF), the Diesel Hydrotreater (DHT) facility, (which is located inside the LR1 boundary but will process gasoil from LR1 and LR2), and the LR2 Refinery project itself.

“This is completed in 39 months, whereas LR1 took about 41 months. Also, we have an excellent safety record in project implementation,” Ashkanani said.

He said naphtha, jet-A1, ultra-low sulfur diesel, propane and butane from Laffan Refinery 2 target both the local and international markets.

The project will be formally inaugurated at a high-profile event at the Qatar National Convention Centre today morning.