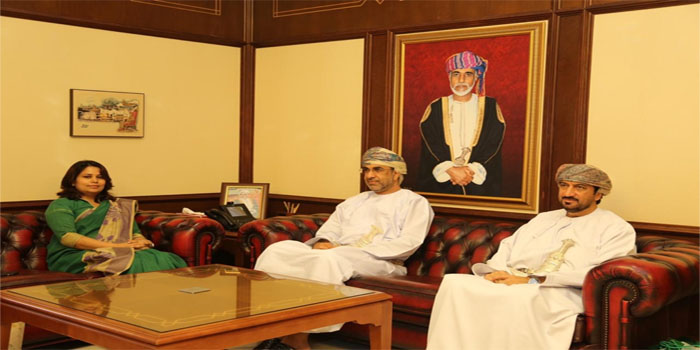 Said Al Oufi at the latter’s office on 8 July.

During the meeting, the Ambassador and the Omani minister discussed ways to enhance bilateral co-operation between the Sultanate and Nepal.

Farming
Dhakal apprised Al Oufi of the Nepalese government’s plans to prioritise farming in the country. The Nepalese Ambassador also informed the Agriculture and Fisheries Minister how the organic agricultural sector is gaining momentum in Nepal.