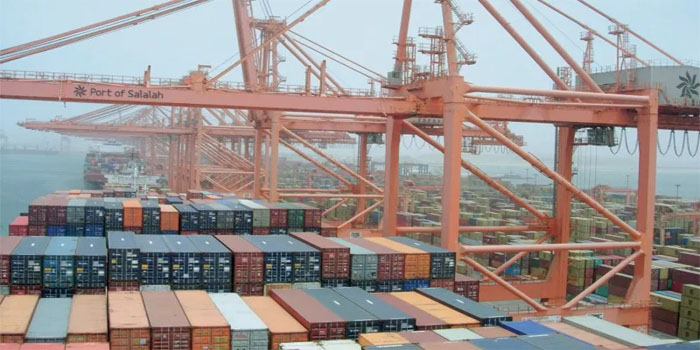 The Sultanate is making pace with global upgrade in aviation sector and trying to emerge as a major air cargo handler in the region. To achieve this aspiration, the stake holding authorities are working on development of cargo villages at all possible locations with state-of-the-art facilities and services. This was stated by Dr Ahmed bin Mohammed al Futaisi, (pictured) Minister of Transport and Communications, during his stay in Salalah where he launched the newly built air cargo terminal at the Salalah Airport and reviewed other ongoing projects.

In an interview with the Observer, Al Futaisi put stress on developing more airport cities and cargo villages in Muscat, Suhar, Salalah, Duqm and all other possible locations to facilitate maximum cargo movement through sea and air and reduce cargo movements through land borders. The minister spoke about the National Cargo Strategy adopted by the Oman Aviation Group, which has an ambitious plan to handle cargo from various cargo villages in the Sultanate. “The strategy has been approved by the board of the Oman Aviation Group. It aims at handling 730,000 tonnes of cargo per year by 2030 against our current annual handling of 210,000 tonnes.”

The focus thus would be on cargo movement through sea and air routes for which the Ministry of Transport and Communications has ambitious plans to increase cargo handling capacity. “We have made a roadmap for this, keeping in mind three important pillars. First is to encourage the private sector to import and export cargo through air and sea and reduce pressures on roads. Second is to enable the main growing sectors like fisheries, agriculture, light industries and pharmaceutical sectors to use these state-of-art facilities as much as possible, as aviation cargo handling would emerge as a strong enabler for them to grow and cater their needs; and finally to implement the idea of airport cities and create logistics cargo villages at dedicated cargo terminals in the Sultanate,” he said.

Al Futaisi put stress on maximum care for locally grown products and said, “We would like our products to go worldwide and make an impact.”
Commenting on the newly launched air cargo terminal at the Salalah Airport, the minister said it was in line with the ministry’s policy to put cargo business in Oman on the international map with highest level of standards and equipment. “Now begins the stage when we have to market this upgrade and reap maximum benefit out of it.” The best market strategy, according to him, is to link the port, airport and Salalah Free Zone and ensure efficient movement of cargo to cater to needs of each other. He put stress on a seamless linking of services and facilities of these three important entities.

The current facility in Salalah is equipped with cooling system for perishable goods, live animal centre, dangerous goods storage and radioactive goods storage besides many other facilities. I am sure the volume of cargo movement from this terminal would pick up very soon. “Moreover, Salalah has an advantage of its location. It is lying directly on the international trade route of East and West. It has its advantage of its closeness to Africa and East Africa and the Arabian Gulf. It can play a very important role in making the terminal a cargo hub of the region,” he said.